Once again, we return to one of our favourite ecotourism books: Africa’s Finest, and this time our focus is on Malawi. Recently published by renowned conservationist (and founder of Wilderness Safaris) Colin Bell, the book arose out of Bell and co-writer David Bristow’s collaboration of giving the safari industry a full audit on their sustainability and commitment to excellence in eco tourism. Several hundred camps were visited by teams who assessed them on a set of criteria, including those in Malawi. Three from that country made it into the top 50, amongst the 182 lodges and camps that made the grade. 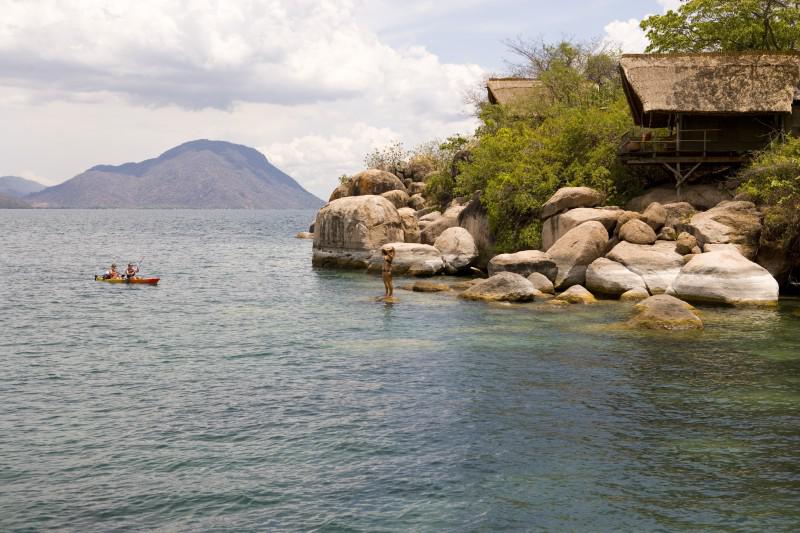 Among the criteria of assessment, African safari camps were rated on their low environmental impact, recycling or use of sustainable energy and water, involvement of locals in employment or even ownership, as well as community help. And, of course, their approach to conservation of the ecosystem, particularly the animals.

Situated just south of Lake Malawi (Africa’s third largest lake) lies the well established Mvuu Lodge on the beefy Shire River as it empties into Lake Malombe. It’s a down-to-earth, unpretentious lodge, on the endless plains of Southern Malawi where hippos are practically part of the staff, and the birding is excellent. The Liwonde National Park has the largest elephant population of the region and is well-stocked with breeding black rhino, buffalo, zebra, sable antelope and other species. 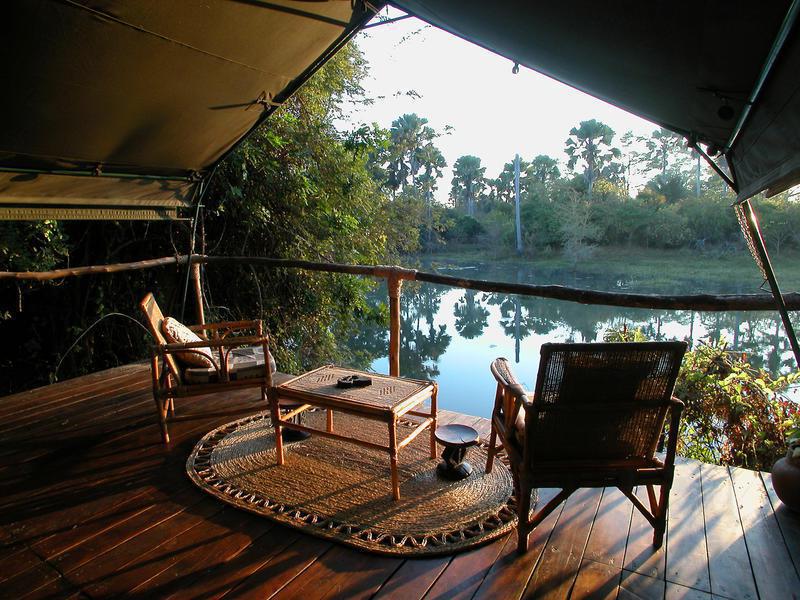 Only 16 guests are accommodated at any one time at this eco friendly lodge, and the lodge has avoided the trappings of luxury travel to focus on the game viewing and minimising its carbon footprint. In fact, it’s an old school styled camp, walkways are constructed from rocks, covered in simple thatch, using natural local materials, and boasting big lawns on the edge of a lagoon with baobab trees among the grounds. It’s a family-friendly eco lodge with educational programs, supporting two local schools and they use solar energy and manage their waste responsibly. Rates are surprisingly affordable too. It’s only accessible by boat, further adding to the wonderful isolation.

Much further south along the same river is the Majete National Park and on the river bank lies the unusual Mkulumadzi Lodge, blending bush and boutique in a unique way. The lodge is not too trendy but certainly comfortable and cleverly designed, including ‘vegetated roofs’ as a cooling system to reduce energy consumption in the heat. As one of the well-known Robin Pope Safari camps, it has a fantastic riverside location where many of the rooms have wide decks overlooking the water, sometimes with game viewing even from the comfort of your bath! 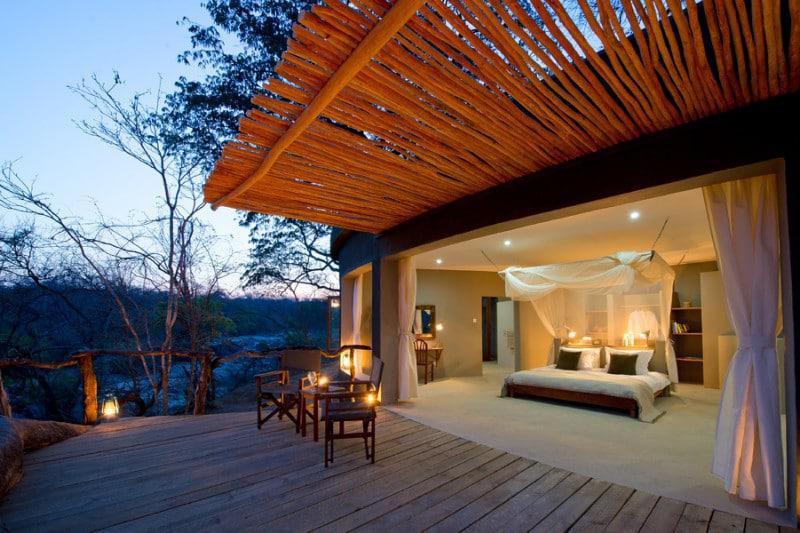 The park itself is now under private management thanks to a group of philanthropists known as African Parks, and is mostly rugged bush land well stocked with a large variety of animals – some 2,500 that have been painstakingly re-introduced to the area. As part of this initiative the camp scores highly for its conservation efforts. It’s also priced in the ‘affordable’ range making it accessible to everyone, though it only comprises 8 chalets and has a high staff to guest ratio. Elephant, buffalo, sable antelope, waterbuck, eland, black rhino, hippo, leopards and lion are all spotted here.

Less of a game viewing camp and more of a watery paradise, Mumbo Island Camp sits on a tiny island of rock boulders off Cape McClear in Lake Malawi and counts amongst the world’s first freshwater marine parks (and a World Heritage Site). The water is so clear you can snorkel, and there’s even a small sandy beach. If you were looking for the idyllic private honeymoon experience, this is it. Kayaking, swimming, bird watching or just relaxing on a pristine white stretch of beach are the attractions at this unassuming camp constructed entirely from local materials, wasting no energy or cement on unnecessary luxuries. Kayak Africa operates from this camp, and there is also a diving business affiliated to Mumbo Island. 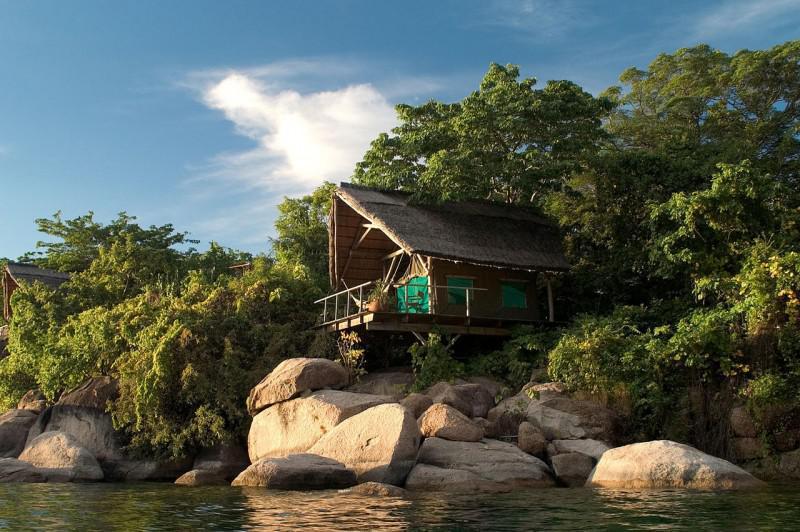 You won’t be uncomfortable and will marvel at the simplicity of it all, blending in with the small island topography – perched on boulders with fantastic sunset views. Being a tiny island they strictly manage energy use and waste disposal, including ‘eco toilets’ (we’ll let you discover what those are!). Also very affordable, it’s an isolated place; no game drives, no roaring lions, no zebras at sunset, but you’ll hardly notice. 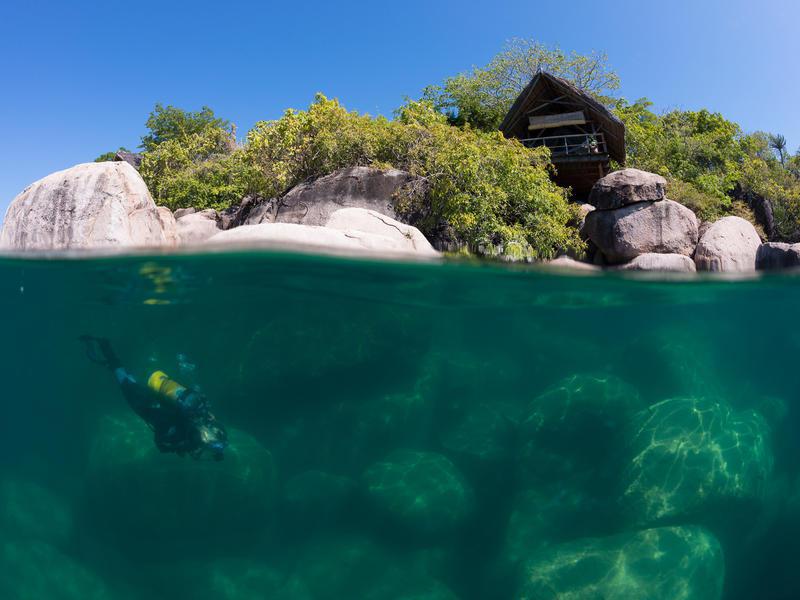 Whichever one of the above eco-friendly Malawi safari holidays you decide to pick, you can rest assured that these are amongst the greenest accommodations that this country has to offer.