A 12 year old girl who on Sunday paid for her minibus fare like any other passenger in the bus, was forced out of her seat to pave way for two whites suspected to be a family at Salima Turn Off in Ntcheu district.

The victim, Bridget Phiri 12, and her elder sister, Bertha Chalira boarded the bus at Nsipe Stage in the district and each paid K1000 for their trip to Ntaja on a minibus, a coaster registration number MN 1727 travelling from Lilongwe to Limbe via Zomba.

Having reached Salima Turn off where the two white backpackers were waiting for a lift, the minibus driver and conductor known as Gift made that decision amidst chorus negative reactions from both male and female passengers.

The Chichewa version could be translated as. â€śThis is unbecoming behavior. Are they doing this to her because she is a child? She paid a bus fare like all of us did. This act is infringing on her rights.â€ť
However, the driver and conductor excited with the money, they paid a deaf ear to the queries.

The two whites who travelled to Zomba and reached that city at 16:22 hours, were not aware of what was happening because the girl was shifted before they boarded the bus.

At Ntaja, Bridget in standard 5 stays with her aunt. She goes to school at Michongwe primary school, while as her sister, a companion, Bertha Chalira 16, in form 2, speaking with MANA in an interview, said she was just to spend a night at Ntaja and proceed to Lisungwi secondary school in Monkey Bay since schools were opening on 5th January, 2015.

Bertha said, â€śThe treatment given to my sister was very strange.â€ť She stood up as the bus travelled from Salima turn off to Balaka where two passengers who occupied the back seat disembarked from the bus and was given that seat.

However, another mishandling occurred. The girl was lifted by the driver and led her into the back seat through the window as the bus was so full that the girl could not pass through the bus corridor to the back. Instead of four per seat, five passengers were asked to fit in chairs with capacity of four.

This is happening when Ministries of Gender, Education and Information and other stakeholders like UNICEF and civil society organizations are advocating for childrenâ€™s rights in the media and other forms of communication.

Language, a vital tool for communication

Chisi accuses MCP of sidelining intelligent people in the party 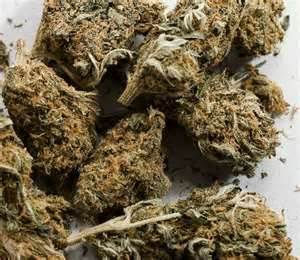