‚ÄúIt is rumored that Paladin secretly has started discharging the so called purified water. Reports from the Beach Village Chairman indicate that this started in late November,‚Äù wrote Rafiq Hajat of Malawi’s Institute for Policy Interaction on Facebook. ‚Äú[At] a radius of 35 km from the Boma, you will be shocked to see fish of different species dead with some communities along the lakeshore collecting [the fish].‚Äù

Malawi is the world‚Äôs thirteenth poorest country in the world with a life expectancy of 55 years and the government has been keen to figure out ways to increase the national income. When Paladin submitted a proposal to explore for uranium in Kayelekera, northern Malawi, in 2007, Henry Chimunthu-Banda, then Minister of Energy, Mines and Natural Resources, told parliament that the mine could potentially boost the country‚Äôs gross domestic product by 10 percent.

Controversy has dogged the Kayelekera mine ever since. ‚ÄúUranium is radioactive and that with open-pit mining, like the one to be conducted at Kayelekera, the soil drains into rivers and contaminates the water,‚Äù Titus Mvalo, a lawyer representing several civil society organizations in Malawi, told Inter Press Service in 2007. ‚ÄúWhen humans drink the water, it damages kidneys and causes cancer.‚Äù

At the time, the activist groups warned that the mine would pose a threat to Lake Malawi, Africa‚Äôs third largest freshwater lake, which is a major source of drinking water and fish for the country. Christopher Mwambene, the executive director of Coordination Union for Rehabilitation of the Environment (CURE), a Blantyre-based environmental NGO, estimated that catch from the lake provides 20 percent of the protein requirement for Malawi‚Äôs population.

Perhaps even more damning was the assertion that Paladin was planning to use lower standards to build the Kayelekera mine. ‚ÄúPaladin are certainly not meeting Australian standards and they would not get approval in Australia if they were to present the same EIS here.‚Äù Dr. Gavin Mudd, an environmental engineering professor at Monash University in Melbourne, told ABC television news in 2007.

Mudd says that uranium tailings (waste) are typically stored under the water table in Australia and Canada, to reduce the risk of contamination. In Malawi, however, Paladin chose to store the tailings above ground behind a specially constructed dam.

‚ÄúWhat Paladin is proposing for Kayelekera is it will depend on what happens with the rainfall and climate, but every few years or so allowing the excess build-up of water to be discharged into the local river system and local water resources,‚Äù Mudd added.

‚ÄúThis dam is in a catchment area of the stream,‚Äù Reinford Mwangonde, the executive director of Citizens for Justice, an NGO in Malawi, told ABC at the time. ‚ÄúThe stream runs into Lake Malawi. A number of people in the community depend on that river for domestic water purposes.‚Äù

Mudd’s predictions appear to have come true. On January 5, a heavy storm caused the liner in a Kayelekera run-off tank to rupture, releasing up to 500 cubic meters of waste.‚Ä®‚Ä®

The company denied that the rupture had polluted the lake. ‚ÄúFollowing discovery of the damaged tank, the company immediately commenced protection and remediation procedures and the site remains secure,‚Äù Paladin said in an official statement. ‚ÄúA sampling program to analyse water from within the local stream system was initiated to confirm no contamination occurred.‚Äù

In a statement issued to the Australian Stock Exchange, Paladin insisted that the company’s water filtration standards met the World Health Organization guidelines and had been approved by the government of Malawi. The company claimed that the activist allegations ‚Äúcontain numerous blatant falsehoods and misleading statements,‚Äù and that local non-government organizations were ‚Äúopenly hostile to the company‚Äù.

Government officials in Malawi are upset about the situation. ‚ÄúI am very shocked with the situation I have seen after monitoring the mine here and all my questions to the Paladin boss have not been answered satisfactory,‚Äù Alex Major, the deputy chairperson of the Parliamentary Natural Resources and Climate Change Committee told a local town hall meeting on January 10.

Meanwhile international experts are starting to question the benefits of the Kayelekera mine. After visiting the country last July, Olivier de Schutter, the United Nations Special Rapporteur on the Right to Food, came out against the project. ‚ÄúThe criticism is the deals could have been much more equitable, and could have allowed Malawi to use its resources better for the benefit of the population,‚Äù he told ABC television news in Australia.

In any case, today Malawi is no longer benefiting financially from Paladin’s operations. In March 2011, after a tsunami hit the Fukushima Daiichi nuclear plant in Japan, many countries suspended nuclear operations and the global uranium price started to fall. Three years later, when the price had dropped to less than half of the pre-Fukushima levels, Paladin suspended operations.

Experts say that the ultimate costs of the Kayelekera mine could be very high. ‚ÄúUranium mining is associated with high environmental impacts and human health risks’‚Äù Fleur Scheele, then researcher at the World Information Service on Energy (WISE), an Amsterdam-based anti-nuclear organization, and author of a report on uranium mining in Africa published in 2011. ‚ÄúThe costs of rehabilitation of the mining area are often many times higher than the total revenues derived during the mine‚Äôs entire lifetime.‚Äù 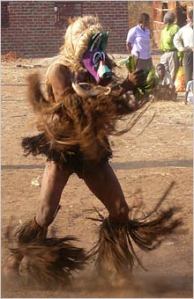