Thyolo Second Magistrate Court has sentenced a 68 year old Beston Chapola to pay a K60, 000 fine or in default serve 24 months Imprisonment with Hard Labour (IHL) for allegedly being found in possession and selling government drugs and medical supplies without documentation.

Police Prosecutor Inspector Christopher Daluni of Mulanje Police told the court that Chapola, who was arrested on May 12, 2015 following a joint operation in the district.

‚ÄúChapola is a well known herbalist who sells traditional drugs to the community members but secretly, he keeps and sells manufactured government medicine,‚Äù he said.

Dulani further revealed that during a search on his premises and bedroom, police found assorted medical drugs and supplies.

‚ÄúWhen asked about the source of the drugs, Chapola could not specify where he got the drugs but he alleged that his supplies came from Mozambique,‚Äù said Daluni.

Prosecutor Dulani added that Chapola was a frequent offender as he had twice been convicted of a similar offence in May 2012 and April 2014.

Mulanje Hospital Chief Pharmacist, Ian Gondwe was unable to identify some of the drugs. However a report seen by Malawi News Agency shows that some of the drugs were merely labelled ‚Äúunidentified drugs.‚Äù

Gondwe could also not disclose how much the drugs were worth but estimates indicated they could be worth over K1 million.

Apart from putting people‚Äôs lives at risk, Mpasu said Chapola deprived other people of essential medicines and supplies by removing them from government hospitals and selling them on the black market.

In mitigation, Chapola asked the court to exercise leniency when passing sentence because he was very old.

‚ÄúDespite your old age this court is not going to be lenient considering you were arrested and found guilty of the same offence 2012 and 2014. I therefore sentence you to pay a fine of MK60, 000 or in default to serve 24 months in jail,‚Äù said Mpasu.

MAY 20 NOT A PUBLIC HOLIDAY 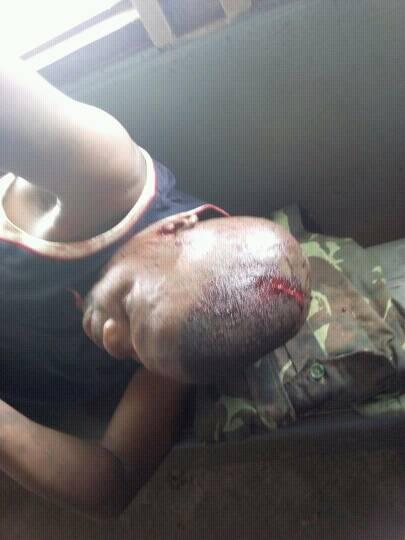