The Super League of Malawi (Sulom) yesterday visited Ishmael Luka Karim who was alleged to have been shot by a police officer at Kamuzu Stadium in Blantyre as football violence reared its ugly face again during a TNM Super League match between Be Forward Wanderers and Moyale Barracks.

Southern Region Police deputy commissioner Foster Mangani had claimed the victim was shot as he attempted to grab a gun from a police officer.

At first reports had it that the boy was shot on the stomach but the visit at Queen Elizabeth Central Hospital by Sulom Treasurer, Tiya Somba Banda, revealed that the boy was not shot as it has been widely reported, rather the bullet only bruised his stomach without causing any internal damage.

His condition was not critical as it was feared.

Sleeping on his bed in Ward 5A surrounded by his parents, the boy only managed to speak for three minutes: ÔÇťI am alright but l cannot really remember what happen because there was a commotion.ÔÇŁ

Commenting on the boyÔÇÖs condition, who is 21 years, Banda said is very happy that the boy is responding well.

ÔÇťWe thank God that the young man has tremendously improved and that his condition is now very stable.ÔÇŁSaid Banda

Banda also said as Sulom they condemn any of illegal activities in and around the stadium. He commended the police for containing the situation.

ÔÇťWe would like to assure the public and the peace loving soccer Malawians that the football arenas will continue to be peaceful and secure,ÔÇŁ said Banda.

During the match, there were a number of notable developments like the match being stopped on two occasions due to teargas, which was dispersed by the police outside the stadium to restore order when chaos erupted.

According to Mangani, hell broke loose when some people were trying to prevent the police from arresting a person who had allegedly stolen a mobile phone.
He said cops acted swiftly by firing teargas to calm the situation.

ÔÇťThe incident had nothing to do with the match. Here was someone who was trying to snatch a rifle from a police officer who was trying to calm the situation. Even if it were you, what could you have done? ÔÇťMangani was quoted in the press.

During the match, Wanderers came from behind to draw 1-1 with Moyale Barracks.

The Nomads now have 25 points from 13 gamesÔÇöfour short of leaders Big Bullets. 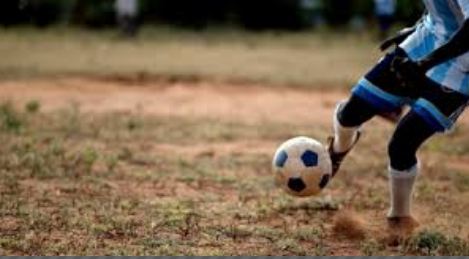