The Electricity Supply Corporation of Malawi (ESCOM) will no longer be responsible for the generation of power in the country following the recommendations from the Millennium Challenge Corporation (MCC).

According the Chief Executive Officer for Millennium Challenge Account for Malawi Lameck Mithi, the corporation which has been struggling to provide adequate power to Malawians will be stripped off some of its powers as one way of improving its service provision. 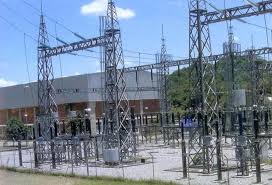 Mithi said the duty of generating power will be done by an independent body which will manage all the power stations of the corporation in terms of generation.

“People have thought nothing was being done under this compact, but I can assure you that a lot has been implemented and progress has been reached because in the first two years we have been busy with procurement,” said Mithi.

He added that the reforms want to restore the financial health of the parastatal and be able to rebuild it into a financially sustainable company.
The US-funded Millennium Challenge Corporation – MCC under the propelled power sector reforms will see ESCOM only managing power transmission and distribution.
Meanwhile, government through the energy principal secretary Ben Botolo has dismissed allegations which are claiming that the reforms at ESCOM will bring job losses.

“There will be no job losses; no one will lose their job and we have been talking with the representatives of the workers union at ESCOM to assure them of this,” Botolo said.

Previous articleMSB NEVER MADE PROFIT SAYS MPINGANJIRA: SUSPECT MISMANAGEMENT OF FUNDS AT BANK
Next article6 WORST THINGS WOMEN SHOULD NEVER DO IN BED