Authorities say a man known for visiting hospitalized children dressed as Batman died in a crash on a Maryland highway after his Batmobile had engine trouble.

Police say 51-year-old Leonard Robinson of Owings Mills was checking the engine of his Batmobile while standing in the fast lane of Interstate 70 Sunday night when the car was hit by a Toyota Camry – his own car then slammed into him.

Robinson, also known as the Route 29 Batman, was traveling home from an event in Charleston, West Virginia, according to police. 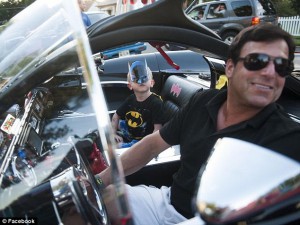 ‘He’d try to brighten their day,’ state police Sgt. Stacey Cain of Charlottesville police on Monday morning. ‘You hate to see that when he tries to do something good.’

Robinson was stopped in an area of the interstate that was not well lit, and ‘it was just a bad situation,’ Cain said.

According to the South Charleston Convention & Visitors Bureau, Robinson was the batman at Summerfest over the weekend.

Robinson was known for traveling in costume to hospitals in the Baltimore-Washington area and gained national attention in 2012 when dashcam video surfaced of police pulling him over as he drove his Batmobile.

The police dash cam displayed a humorous exchange as Robinson explained to police that his vehicle tags were inside his vehicle.

A simple license plate would not do for the Batmobile; it was outfitted with a bat symbol.

The Washington Post reported in 2012 that Robinson spent more than $25,000 of his own money on Batman-related items every year, including toys, T-shirts and books he gave away to kids.

Just before Sunday night’s deadly accident, Robinson had stopped at a gas station where he had given some kids some of his superhero paraphernalia. 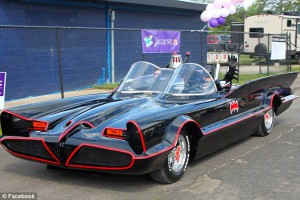 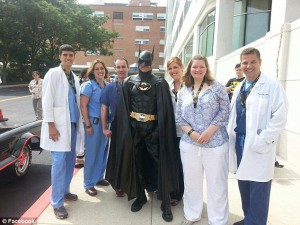