EX-MODEL, 32 IS STARVING TO DEATH BECAUSE RARE CONDITION PINCHING HER INTESTINES MEANS SHE CAN’T PHYSICALLY EAT

The former model is a shadow of her former self, crippled by a constant pain that is slowly starving her to death.

Each day she suffers severe vomiting, severe pain and nausea, unable to keep any solid food down.

Despite the cruel taunts of strangers, who assume she has an eating disorder, the 32-year-old is the victim of an extremely rare condition.

Weighing just 89lbs, she is one of just 400 documented people across the world with the illness, which has a mortality rate of one in three.

Superior mesenteric artery syndrome (SMAS) is a gastrovascular disorder that causes a pinching of Mrs Brown’s intestines making it hard for her to keep solid food down. 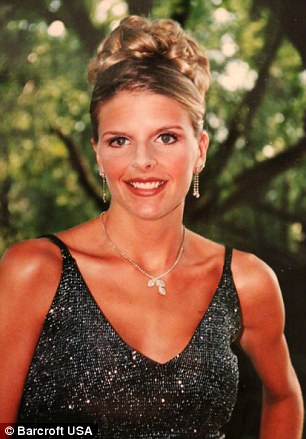 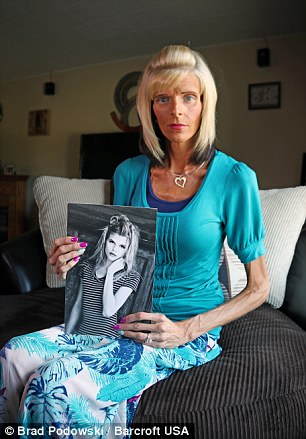 Lisa Brown, 32, from Wisconsin, lost nearly four stone in just two years because of a very rare condition that causes two arteries to ‘pinch’ her intestines. Now weighing just six stone, right, the former model, left, is left in constant agony and is accused by strangers of having an eating disorder 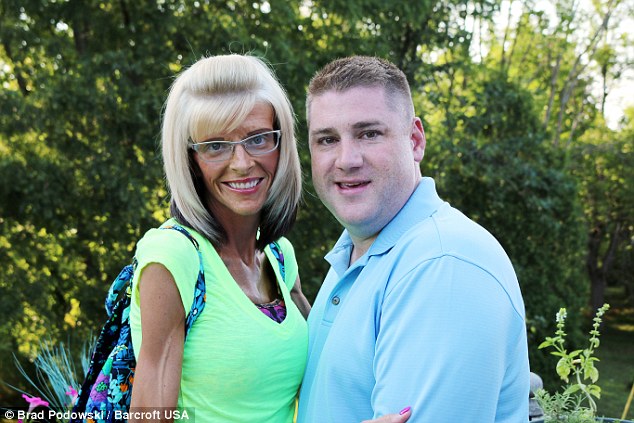 The 32-year-old illness was diagnosed after she visited three different hospitals, and went through a series of CT scans.

Mrs Brown’s weight dropped by 30 per cent, from a healthy 10 stone to just six stone, in little under two years.

‘I was vibrant, social, healthy and spirited and now I’m in constant pain, rely on others and I’m confined to my home most days,’ she said.

‘I wasn’t noticing the weight loss at first, just that suddenly I wouldn’t be able to eat as much as I used to.

‘Then looking at the scales, when I started dropping the pounds I almost fell over I was so shocked – that’s when I knew we need to find a solution – I was scared for my life.’

She described her chronic pain as feeling as though ‘there are two metal fists grabbing as tight as possible and twisting my intestines’.

It occurs when the duodenum – part of the small intestine – is compressed between the aorta and the superior mesenteric artery.

The compression causes the duodenum to become blocked, which causes acute pain.

It is known to be a complication of scoliosis surgery and trauma.

The condition is thought to affect around 400 people across the world.

‘The disease has taken everything,’ she said. ‘Time spent with family used to be recreational and fun – the more ill I became with SMAS the more those things came to a halt and it transformed into a caretaker role.’

SMAS is a rare and potentially life-threatening disorder that affects less than one per cent of the population, leaving sufferers with a 30 per cent chance of death.

The diagnosis often comes too late due to lack of proper medical resources and misdiagnosis.

Despite multiple operations to correct her digestive system, each avenue has proved unsuccessful and Mrs Brown’s future remains in doubt.

Her husband Patrick Brown, 32, said: ‘The disease changed everything that we knew, everything we used to do, everything about us has completely changed.

‘I am terrified that her condition can get worse – I’m scared.

‘I fix things for a living but I can’t fix this and I feel helpless – so what else can I do? I just have to be there for her – be her rock.’

Lisa depends on her mother for help when her Patrick is travelling for work. 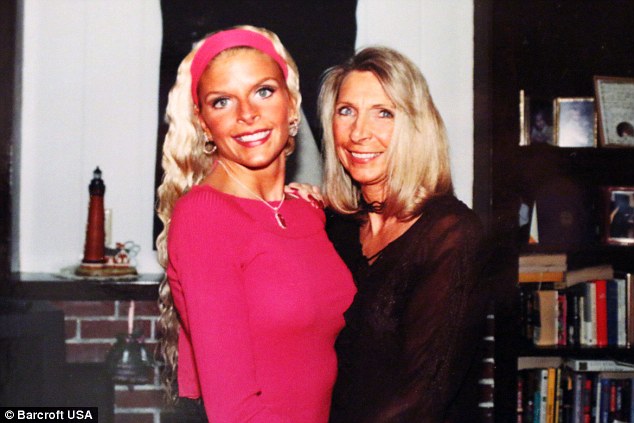 The 32-year old illness was diagnosed after she visited three hospitals, and went through a series of ct scans.

Mrs Brown’s weight dropped by 30 per cent, from a healthy 10 stone, right, to just six stone, left, in little under two years. ‘I was vibrant, social, healthy and spirited and now I’m in constant pain, rely on others and I’m confined to my home most days,’ she said 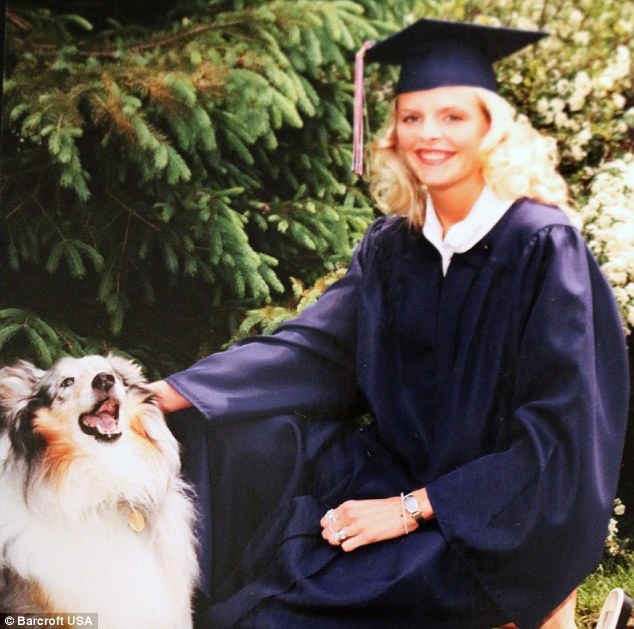 Mrs Brown has to hook herself up to stomach feeding tube to fed each day.  She added: the disease has taken everything, time spent with family used to be recreational and fun, the more ill became with SMA the more  those things came to halt and it transformed into a caretake role.

She said: ‘My mother is here every day to do things that I used to be able to do but now can’t.

‘She tends my garden, helps change the bed sheets and takes me for my errands.

‘Naturally the level of worry and concern for me escalated when I was diagnosed and my parents are my biggest support and help.’

Every day at around 2pm, Mrs Brown hooks up a stomach feeding tube to give her the proper nutrients she needs to survive.

I was vibrant, social, healthy and spirited and now I’m in constant pain, rely on others and I’m confined to my home most days… The disease has taken everything

‘Mornings are always the best time of day for me where I have the least amount of pain.’

The 32-year-old is constantly reminded of how different her life is now, as strangers regularly approach her thinking she has an eating disorder.

She said: ‘It never ceases to amaze me what people would come up to me and say.

‘Once in the grocery store line a person behind me asked my weight and told me that I can’t starve myself because it doesn’t look good.

‘High school students yell at me to eat a cheeseburger when they see me in public.’

Now Mrs Brown is spending what little energy she has left to bring awareness to the crippling disease.

She said: ‘One out of three people with SMAS die and I want to educate not only the general public but medical practitioners as well.

‘Be your own advocate – I can’t stress it enough, everybody has a story no matter who you are.

‘Never judge anybody because behind that smile might be a thousand tears and a story like you wouldn’t believe.’

Previous articleCASHGATE UPDATES: LEONARD KALONGA REMOVED FROM MK105.9 MILLION MONEY LAUNDERING CASE
Next article8 HABITS YOU MUST STOP IF YOU WANT TO BE SUCCESSFUL