The corruption in Malawi has been an issue people are talking about and most Malawians believes that corruption has significantly worsened since last survey in 2010.

In the recent survey conducted by Chancellor CollegeŌĆÖs Centre for Social Research, the Department of Road Traffic and Safety Services (DRTSS) Malawi Police Service (MPS) and the Accountant GeneralŌĆÖs office top the list of most corrupt institutions.

The report, prepared by professors at Chancellor College of the University of Malawi; Blessings Chinsinga, Boniface Dulani, Peter Mvula and Joseph Chunga, says while 52 percent of Malawians in 2010 felt the problem had worsened compared to preceding 10 years, 92 percent in the survey hold the view that corruption had worsened in their comparison to 10 years ago.

ŌĆ£Up to 43 percent of businesses in 2013 said it is common to pay some gratification in order to get things done, which is a considerable rise from 27 percent in 2010,ŌĆØ reads the report

The report says businesses that have made sales to the public sector over the past two years were more likely to pay gratification to get things done than those who did not.

According to the report, when citizens were asked as to who was behind the corruption problem, most Malawians pointed at public officials as the main culprit.

ŌĆ£Choosing among public officials and other actors; namely citizens, businesses and politicians: 62 percent of Malawians believe that public officials are the leading perpetrators of corruption in the country.

ŌĆ£They were also ranked first, with 54 percent in 2010. Politicians and businesses are at 14 percent while ordinary citizens are mentioned by six percent of the citizens.ŌĆØ

Institutions that were rated highly in combating corruption included the media rated at 73.6 percent, churches/religious bodies at 72.6 percent, non-governmental organizations at 61.1 percent, academics and teachers at 60.9 percent and Anti-Corruption Bureau (ACB) at 50.5 percent.

Others are police and the Office of the Ombudsman at 49.6 percent and 48.5 percent respectively.
The report recommends review and strengthening the anti-corruption legislative framework because a robust legal and regulatory framework properly enforced guarantees legitimacy.

It further encourages promotion of a culture of reporting corrupt activities by both citizens and public officials.

More than 70 percent of the about 14 million population lives on less than US$2 a day.
The gap between the rich and the poor, measured by Gini coefficient, is still yawning. Remuneration for civil servants is still pitifully disproportionate to the cost of living.

LL PETRODA ROBBERY UPDATES: ONE SUSPECT SHOT DEAD, TWO OTHERS ESCAPE IN THE HANDS OF POLICE 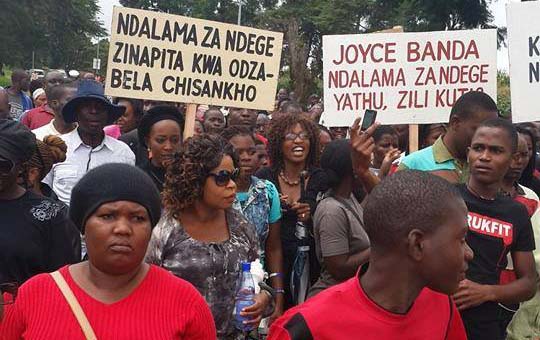