Egypt through its Embassy in Malawi has awarded academic scholarships to 15 students who are expected to study various undergraduates Degrees programmes in different Egyptians universities.

Handing over the scholarships to the 12 boys and three girls, Egyptian Ambassador to Malawi, Maher el-adawy Said the scholarships were yet another sign of the brotherly partnership between the two countries which would continuing in the coming months and years.

â€œApart from these 15 scholarships, we also have line up 25 for next year from which we want Malawi to benefit â€œAmbassador el adawy further advised the scholarships beneficiaries to represent Malawi as Young Ambassadors to Egypt.

On selection criteria, the ambassador explained that forms were sent to various schools and selection was based on progression performance and discipline.

In his response and appreciation, Deputy minister of education science and Technology, Vincet Ghambi expressed hope that the students, through scholarships would be equipped with necessary skills that would help to contribute to Malawi’s Development.

“This is not the first time Egypt has supported Malawi, it has supported us in more sectors than the academic; acknowledged Ghambi; further adding that the Egyptian Government has also assisted in the countries Agriculture and health sectors.

He also pointed out that Egyptâ€™s gesture resonated with Government policy on broadened access to quality Higher Education.

“To the students the Deputy Education minister advised that they behave well as Malawians knowing that they would be carrying the country’s flag.
He also advised them to exercise humility and respect Egypt cultural traditions.

Among the programmes to be studied are Accounting, Agriculture, Law, business Administration and Medicine ,according to Ambassador, el adawy who further disclosed that some students would decide on their programmes of specialized after their first year.mana 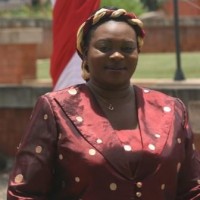