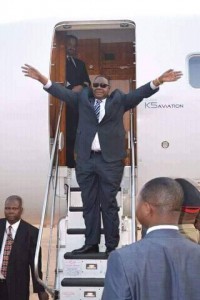 In bizarre circumstances, a Youth Cadet, Davie Chikaonda whose profile indicates that he works for the Malawi Government, revealed the deep rot that is within the DPP mafia-led maladministration when, in a bid to defend his pay master on the extravagant claims by ZBS, posted a photo of price list that include the price of the alleged private jet (BD 700-1A10 Global Express Registration Number OE-IGS) that Muthalika is using on his sojourn to the United Nations General Assembly in New York, USA.

The price list indicates that the price of the luxurious heavy jet which sits a maximum of 13 passengers costs a total of 7,500 United States dollars per hour. This is an equivalent of 4,350,000 Malawi Kwacha per hour at a moderate exchange rate of K580 to a dollar. Yes! 4.3 million Malawi Kwacha per hour! In a day, the UK Private Jet Charter, the company owning the private jet, charges for 24 hours which comes up to a daily charge of 104,400,000 Malawi Kwacha per day. Yes 104.4 Million Malawi Kwacha blown each day that the jet has been contracted out to the DPP-led gooferment on Malawians taxes. For the total 21 day period that the DPP gooferment has hired the aircraft, it will cost Malawians a whooping 2,192,400,000 (approximately 2.2 billion) Malawi Kwacha! 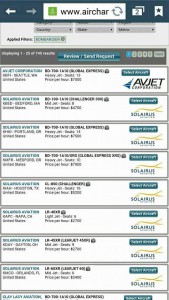 Malawians may wish to recall that the DPP-led maladministration announced reforms in the education sector by scrapping off Junior Certificate Examinations (JCE) in order to save the same familiar amount 2 billion Malawi Kwacha that Muthalika has been able to blow in just 21 days for his trip to the UNGA. Interestingly, this amount is only on the hiring of the craft up to Dubai, since sources at ZBS confirm that he connected at Dubai to New York on commercial flight by flying business class. This means that the president and his VVIP entourage spent more on just transport without taking into consideration other expenses such as fat allowances and incidentals.

Recently, the DPP gooferment has increased prices of secondary and tertiary education. This was coming from increases in the price of fertilizers under the Farm Input Subsidy Program (FISP) from K500 per bag to K3,500 (a 700% price jump). And as if that was not enough, price of maize has been adjusted upwards by 37% in all ADMARC markets. Moreover, Malawians were told that teachers who undergo training at Domasi will no longer be supported by government and that the Malawi government will no longer support any students pursuing diploma and degree education in the constituent colleges of the University of Malawi. To cup it all, the DPP gooferment withdrew support to training and allowances for medical personnel in the country.

All these reforms hit hard on the majority poor Malawians on DPP gooferment’s pretense of lack of money to sustain financing these critical sectors.

Many Malawians have bemoaned the lack of seriousness and urgency of resolve to end the financial haemorrhage termed CASH GATE by the DPP gooferment. Many analysts and donor partners have expressed huge disappointments over Muthalika’s misleader-ship and if this trend is anything to go by, Malawians better wake up and rise up to rescue their country from destruction.

Previous articleHorrific Story Of Step-Sibling ‘Lovers’ Who Murdered Their Parents
Next articleBoyfriend REFUSED To Buy STROPPY Girlfriend An iPhone. What Happened Next? RIDICULOUS!

After being found having an affair with a married...