This is the shocking moment a Pakistani man suffered severe burns after setting himself on fire in a protest against the taxman.

Horrified passersby rushed to extinguish the 24-year-old Shahbaz Ahmed by throwing sand on his body.

But help came too late, and Mr Ahmed, from Multan in Pakistan, had already suffered serious injuries. 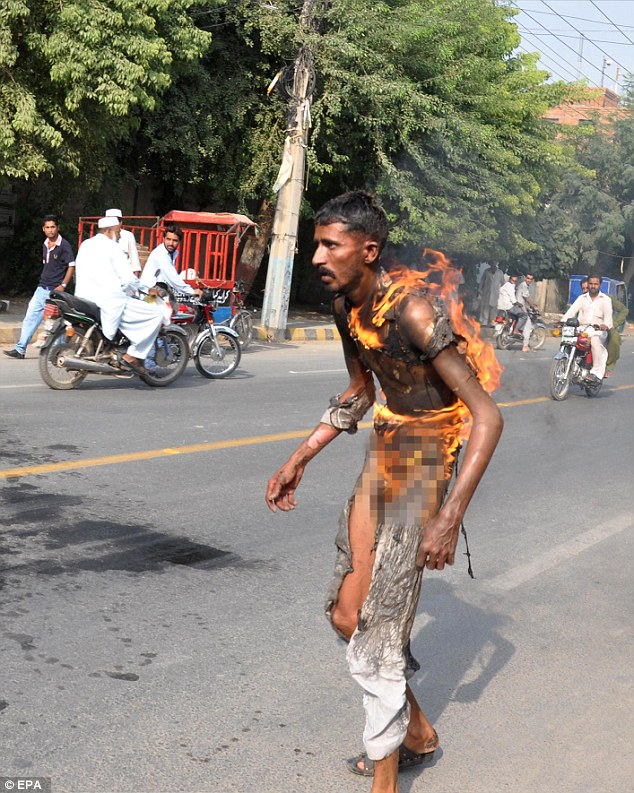 Desperate protest: Shahbaz Ahmed, 24, set himself on fire in the city of Multan, in Pakistan, in what he described as a protest against the taxman 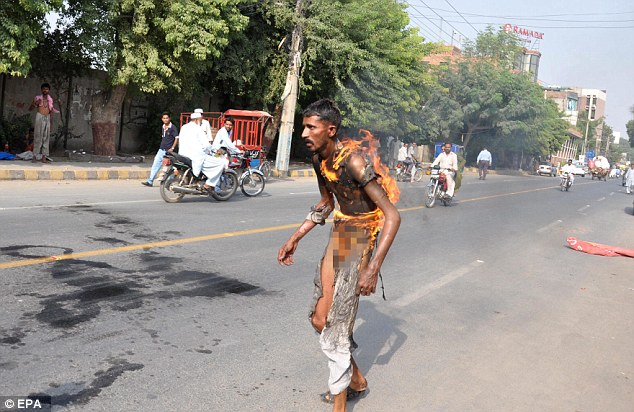 Shocking act: Horrified passersby attempted to put out the burning man with sand, as he ran down a busy main road in the middle of the traffic

The graphic photographs show the scorched man running down a busy road, in the middle of the traffic, as stunned passersby look on.

His clothes have almost completely been burned away, while his skin has been blackened by the fire.

According to local media reports, Mr Ahmed had set himself alight as a protest against the revenue department.

He claimed that the tax department had failed to ‘give him justice’.

Mr Ahmed survived the attempted self-immolation, but is receiving medical treatment at a local hospital with burns to 80 per cent of his body. 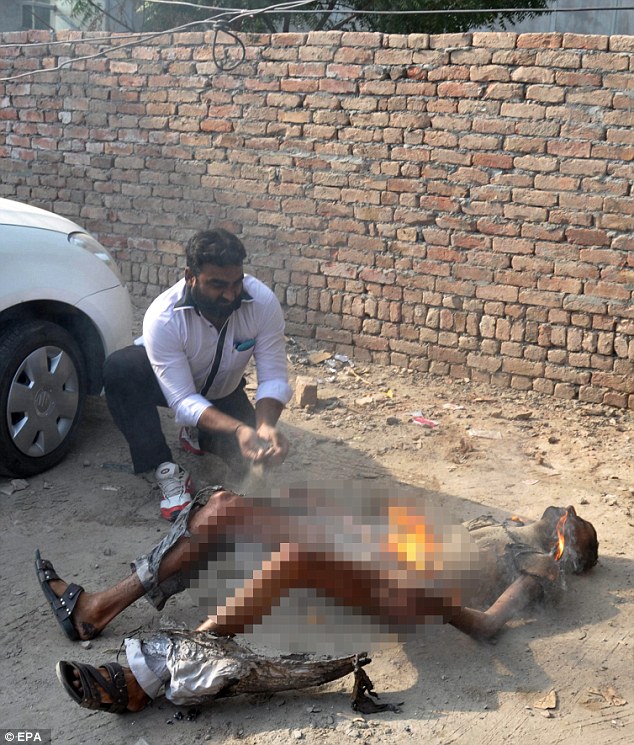 Grievous injuries: Mr Ahmed survived the attempted self-immolation, but is receiving medical treatment at a local hospital with burns to 80 per cent of his body

A teenage girl from Pakistan died after setting herself on fire last March after police dropped charges against those accused of attempting to rape her.

Officials said that the 18-year-old self-immolated outside a police station in the district of Muzaffargarh.

She had accused officers of failing to investigate properly claims that she had been sexually-assaulted by several men on the way to college in January.