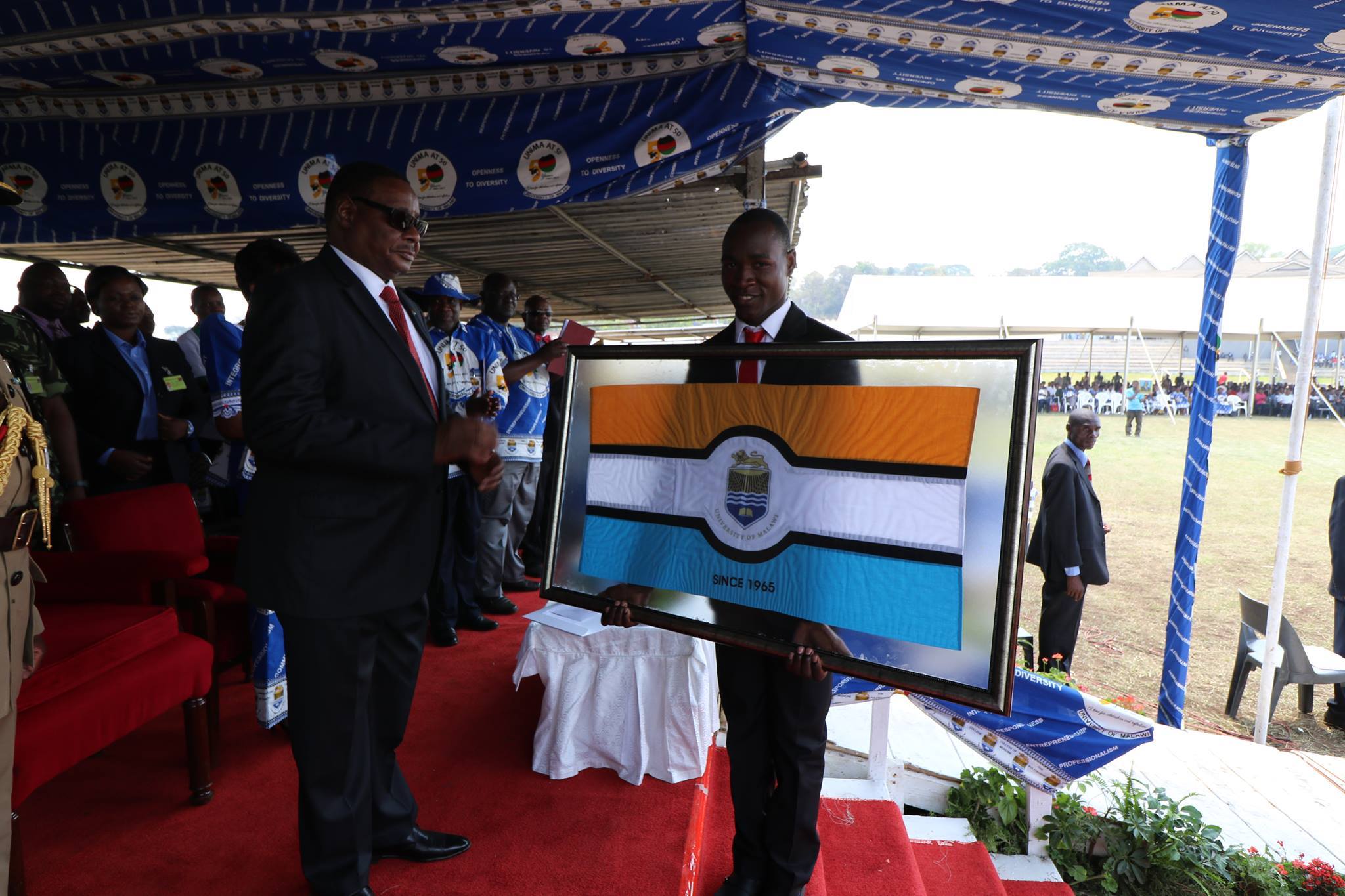 Mutharika said this on Saturday at the College of Medicine Sports Complex in Blantyre during the University of Malawi Golden Jubilee Celebrations.

“The title of my address is “Reflecting the Academy”, because I want us to get to the bottom of your well-thought-out theme.

“Given both our output and the role played in nation building, the University of Malawi deserves to be celebrated by all Malawians. Let us agree: this university has done us a great service, and a great honour! And I believe the best is yet to come.

“The University cannot continue to be the same way as it has been. It is only logical to redefine and rebrand ourselves in order to be relevant to the future,” said Mutharika.

Earlier, Minister of Education Science and Technology, Dr. Emmanuel Fabiano said President Mutharika was committed to improving education in Malawi, and to assist the further expansion of quality higher education in this country.

Dr Fabiano said the quality of university education in Malawi is still higher because UNIMA has always been adapting any environment it has passed through for the past 50 years.

UNIMA Vice Chancellor Professor John Saka commended president Mutharika for being a Champion of Higher Education in Africa saying it is a great recognition for Malawi as a country.

Professor Saka said as UNIMA is celebrating 50 years of its existence, the most notable thing that everybody should know in mind is that the University of Malawi is an institution of human capital that serves the whole country.

Meanwhile, UNIMA presented its flag and Anthem to President Mutharika which were unveiled at the function.