Shakira Is Being ‘Blackmailed Over A Sex Tape’ By Former Employee 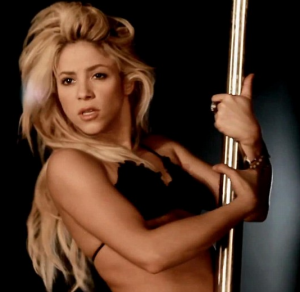 Shakira might become the next famous woman to have a private intimate encounter released for the world to gawp at.

Allegedly the Colombian pop beauty, and footballing husband Gerard Pique, are the latest set of celebrities to get caught up in a sex tape scandal.

According to Spanish news outlet Diario Vasco, the couple are being blackmailed by a former employee who is apparently threatening to release the intimate video online. The former member of staff is apparently after a ‘large sum of money’, but he is playing a very risky game. In Spain, if proven, blackmail can carry a sentence of up to five years in prison.

According to The Mirror, a source close to the singer has denied the existence of any such tape.

This is a very random report and completely untrue. Not many people actively want images of their genitals floating around cyber space.