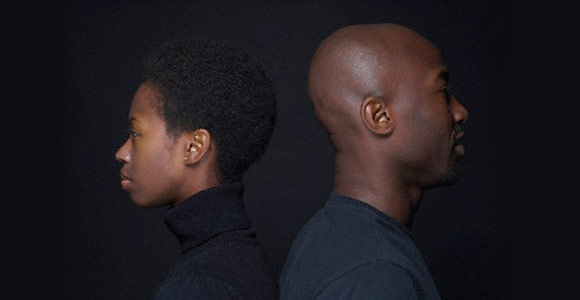 The Married Bachelor: The change of marriage shouldn’t affect just the lady; she changes her name to yours, you pretty much get an indoor restaurant and free “bad things” whenever you like… it’s not right for a man to get married and still wants all the perks of bachelorhood, I feel when we get married we are both changed, you cannot act like it is only your spouse that has to be responsible while you pretty much ball alone…

There are some things some Malawian married men do that is kinda wrong and to me it is bachelor’s behaviour.

How To Spot A Married Bachelor

Alone with my thought: He always wants to be alone, he wants to have his own time, all the time. He may provide school fees and a lot of other stuff but doesn’t want to hear the noise, doesn’t want to get a bit messy and runs away from every chance to bond with the family.

The “MWANA” Character: I cannot wrap my head around men that cannot eat one soup twice, ha! I love cooking but that is tough, everyday new soup? I had a friend that once her husband is in town she is not as excited, there was a day she ran quickly to choir practice before the guy got home, the guy don’t only want new food everyday, he wants her to cook it fresh. For Instance, if he is coming now, the food should be almost ready, don’t cook it down and drop in the fridge and no, tomorrow there should to be a new soup or food, no food sleeps overnight and she has to buy the ingredient fresh, I was stunned!

I asked myself if this is not witchcraft, what is it? Was it something the girl did while they were dating that he is paying her for?

Dear married bachelor if you cannot eat soup that stay in the fridge or freezer then you would need to find a chiwaya around the corner, afterall they cook daily.

Don’t touch my phone: I hear some ladies say, ‘it’s his phone, he doesn’t allow me touch it, let me allow him have his privacy….’ The phone is not private to nobody, it is his phone doesn’t mean you cannot snoop look around, it is not that every time you pick it and go ‘let me see what you have been up to’ but you should be able to look through his phone, share in some of his gist, laugh at jokes he made with his friends, what I mean is that you should be able to hold his phone and he doesn’t go into a panic attack or it result in a big fight.

Friends first, family later: There are some men when you hear what friends have to say about them then you the wife would go “ mwati bwah… is that my husband” you hear how he was there for his friends and he even extends it to their families, things like “your husband is so nice when I was out of town he helped my wife with the school run by taking our kids everyday to school on his way to work, he picked me from the airport, etc” then you ask yourself is that my husband knowing that for him to do you a favour, he cannot! Shayi! When they talk about our husbands outside may we know it is them. Family first!

Hanging out with the boys: I don’t have anything against a guy having a guy time here and there but when it becomes guys over family, then there is a problem. “Oh hanging out with the guys”, “I want to go hang with my guys”, “It my guy’s birthday”, “it my guy’s sisters wedding”, “just me and the boys”, why can’t our wife see your boys na and a married man should enjoy his wife and family more than his guys… I know someone whose husband never goes out with her even to weddings, they have one car and if she insist on going out with him, he must find an excuse or leave the car with her and use a taxi or even a bike. She is pretty and looks good so that is not the problem, it is bachelors behaviour, he doesn’t want the burden of her coming along with the kids, he just wants to be free from all of them, I heard he travelled to London recently, though they all got visa, he said he would go check out the place first. Na wa..!

Going out and Coming anytime: As a bachelor you did not owe anything to nobody but when you are married and you want to go out, tell your spouse where you are going to and when she should expect you back. I was at a friend’s place one day and she had a visitor, when the visitor was talking about her husband, she did not seem to know when he would come back or where he was, she ended up saying, ‘I normally don’t wait for him, I just drop the key where he can find it and go and sleep’. But why? Why would you act like this men? Imagine you call your husband and you ask where are you, some would say “somewhere, around the corner, hanging with my guy” when are you coming and they go “I don’t know na, don’t wait up o’…. It is all bachelors behaviour and bad manners for marriage.

Hiding assets and sharing liabilities: Some men would not tell their wives their assets, they will not say their salary they kind of feel it is theirs not hers but the truth in marriage is that there is no mine , it is always ours but when they get into trouble the first person they call is their wife, and start asking for advice and seeking prayers.

Some men would rather take advice from friends than their wife… very dangerous, no one has got your back like your wife. Dear mabwana, you can do better, she is your wife!