Malawi Police in Mzuzu Monday arrested a final year Mzuzu University (Mzuni) student for allegedly defrauding the institution of K6.3 million after he created 12 ghost students and successfully applied for their upkeep allowances.

He said police investigations, which even involved a forensic document examiner, started in August 2014 after the universityŌĆÖs registrar Vyson Jedegwa reported the matter to the police.

ŌĆ£He successfully beat the university system which started depositing K40, 000 upkeep allowances periodically into the bank accounts which he later withdrew. According to the report we received from the university, the money accumulated to K6.3 million,ŌĆØ Bwanali said.

He added that the bank accounts were opened at different banks and branches, namely Standard, Malawi Savings and NBS in Mzimba, Karonga and Mzuzu.

ŌĆ£Perhaps this is why it was even difficult for the banks to detect the trick though the personal Identity cards (IDs) he presented to the banks had similar (his) photographs but different student registration numbers.

ŌĆ£After sometime, Mzuni authorities became suspicious and realized that the 12 students were nonexistent at the university and reported the matter to police,ŌĆØ Bwanali said.

ŌĆ£We sent the suspectsŌĆÖ original upkeep allowance application form plus a few forms for other innocent students and the forms for the 12 ghost students to Area 30 [the headquarters].

ŌĆ£The forensic examination report concluded that there was high probability that the [ghost studentsŌĆÖ] documents were authored by Dumisani Kaunga,ŌĆØ Bwanali said.

He explained that there was striking handwriting similarity between the suspectŌĆÖs application form and the forms of the ghost students indicating that they were all filled by Kaunga.

ŌĆ£When we interrogated him on Monday, he confessed forging the documents but protested that the money deposited into the accounts accumulated to K6.3 million, thereby suggesting that somebody at the university had bloated the amount,ŌĆØ Bwanali said.

Efforts to speak with Jedegwa, who is MzuniŌĆÖs official spokesperson, on how Kaunga managed to beat the university studentsŌĆÖ registration system and why it took long for authorities to discover the fraud proved futile.

His secretary said he was out of office ŌĆ£actually on the same matterŌĆØ and she could not provide his mobile phone number to this reporter.

Kaunga comes from Mwabuwira Village in the area of Traditional Authority Chikulamayembe in Rumphi District.

He will appear in court soon to answer charges of theft and altering false documents contrary to section 360 of the Penal Code, according to Bwanali. Mana. 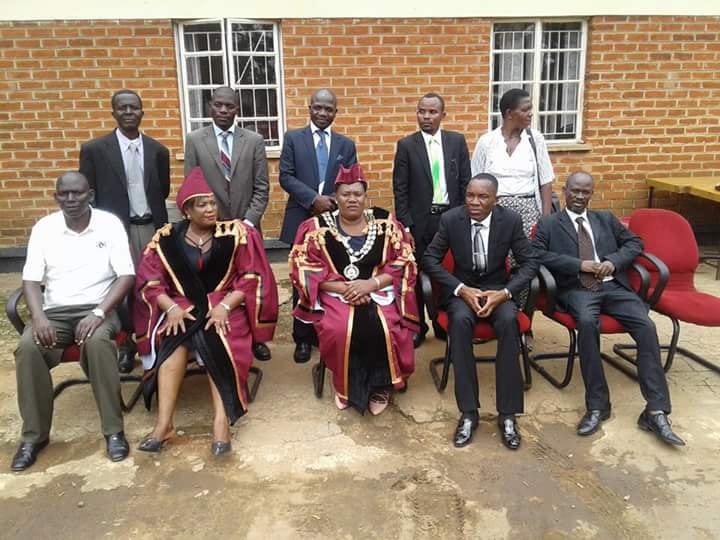