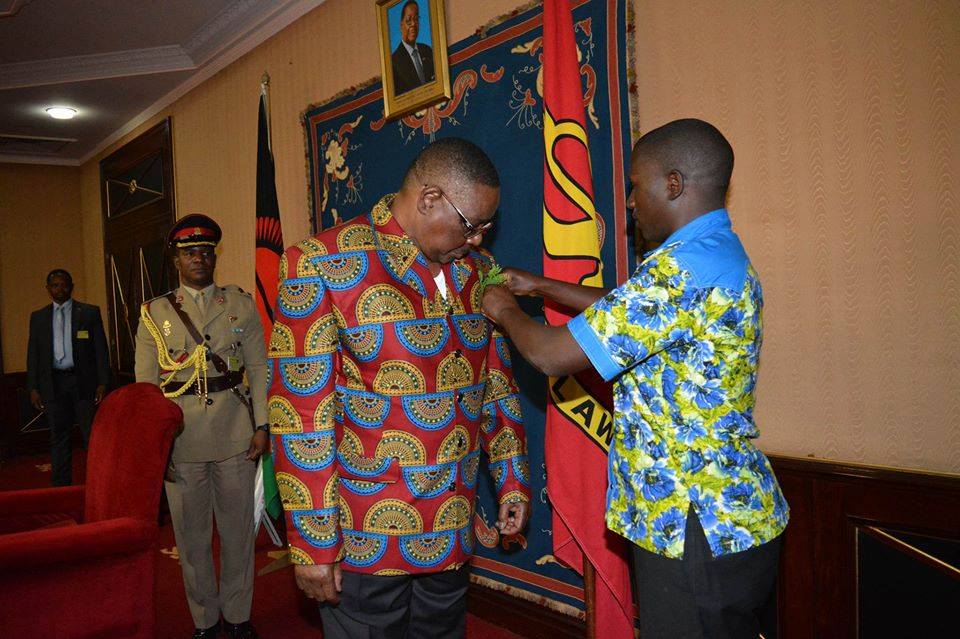 Despite some Malawians not sticking to President Professor Arthur Peter Mutharika’s call to wear locally made cloths every Friday as one away of promoting ‘Best Buy Malawi Strategy’, Mutharika seem to be leading by example.

Mutharika launched the ‘best buy Malawi’ campaign last month, an initiative generously welcomed by the Indigenous Business Association of Malawi and other sections of society.

Speaking after the lunch, Mutharika appealed to all Malawians and Civil Servants to embrace the initiative by putting on locally made products every Friday.

As one way of seeing the initiative is adopted by everyone in the country, Mutharika has been seen putting on locally made products every Friday.

And today he did the same when he was launching the 2016 Red Cross Flag Week at Kamuzu Palace in the capital Lilongwe.

Even Red Cross officials who attended the launch were seen putting on traditional attire accept for Minister of Foreign Affairs and International Corporation Francis Kasaila and Minister of Gender Jean Kalirani.

Recently Consumer Association of Malawi (CAMA) Executive Director John Kapito described the ‘Buy Malawi’ Strategy as a good initiative but faulted President Mutharika and the Ministry of Trade for failing to tell Malawian’s real facts that will attract Malawians to buy their home made products.

He said Mutharika could have told Malawians the benefits that consumers will get after buying products from Malawi.

Kapito also challenged Producers of Malawian products to do more by improving their products.