As debate continues over the recent increase in albino attacks in the country, Members of Parliament on Thursday moved in proposing that appropriate sections in the Penal Code and the Anatomy Act should be amended to make sure that those killing people with albinism get stiff punishment.

The motion was moved by Member of Parliament for Dowa Richard Chimwendo Banda who belongs to Malawi Congress Party (MCP).

Banda said the current laws have shortfalls hence the increase in albino attacks in the country.

In his remarks on the motion, Minister of Justice and Constitutional Affairs Samuel Tembenu said government has already finalized amending the penal law which it hopes will deter perpetration of such acts.

Most of the members of parliament who contributed to the general debate of the motion supported its adoption in line with the amendment of some appropriate sections in the two Acts.

According to published reports, close to 20 people living with albinism in the country have been killed so far with others missing.

35 FACTS THAT YOU PROBABLY DIDN'T KNOW ABOUT AFRICA 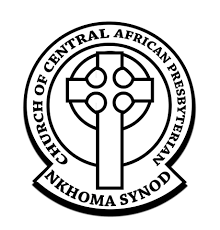