Former Information Minister mosses Kunkuyu who is also the interim President of the newly formed political grouping Transformation Alliance has asked the Public Affairs Committee (PAC) to prove its relevance in Malawi by briefing the country citizens on the concerns and recommendations presented during the all-inclusive two day conference.

Kunkuyu said it will be catastrophic for Malawians who are fooled every day, to have their messengers fooled again.

‚ÄúWe call PAC to call a follow up stakeholders meeting where the body should give formal feed bag to the public regards developments since the February All Inclusive Meeting.

‚ÄúWe urge government to seriously consider implementing the resolutions as presented to the State President Professor Arthur Peter Mutharika on April as they represent a cross section of the society,‚Äù he said.

He said people of Malawi should sit and map the way forward as regards the resolutions vis a vis dialogue with Government.

He said delaying tactics being applied on the resolutions are confirming fears that Government is not serious and it is clear that this point there is no dialogue.

He said Parliament silence on this crucial issue is questionable and unacceptable saying that they believe the President or Honorable Kamlepo is lying to the nation on the alleged involvement of seven cabinet ministers in the plundering of k577 billion.

Kunkuyu added that it is a shame for any person entrusted with public office to lie to the public adding that they remind all players in this game that with corruption, the more you sweep it under the carpet, the more it remains under the carpet.

‚ÄúOne day we will have to change the carpet. We cannot keep quiet for the money in question is for the poor. It is time to name, shame and arrest corrupt leaders.

‚ÄúAgain we demand the immediate resolving of the University fee hike and reopening of Chancellor College to avoid the replica of the academic freedom saga that saw the college closed for eight months,‚Äù he said.

Kunkuyu further called on Government to reexamine the much politicized Malata and and FISP programmes that are proving to be a huge drain on the public pulse saying that the movement believes some value addition sectors such as education would have positive impact to the country‚Äôs economic growth.

He also said Government should immediately review the vision 20-20 document, modify it where need be and make it work with as well as hasten the Access To Information bill (ATI) and table it in the next meeting of parliament.

He further asked Government to resolve hitches surrounding the Mchinji bye elections and release money for holding the elections because the people are being deprived of their democratic right to be represented.

In a related development Government has responded that it is waiting to hear from a report on how huge sums of money were misappropriated at the Malawi Electoral Commission (MEC). 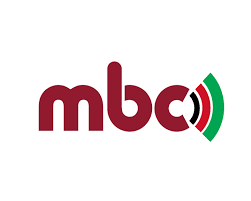 THIN PLASTIC BAN TO BE FULLY IMPLEMENTED IN JULY