A man has given many people the shock of their lives after cutting off his wife’s head and even walking  with her head to the police. 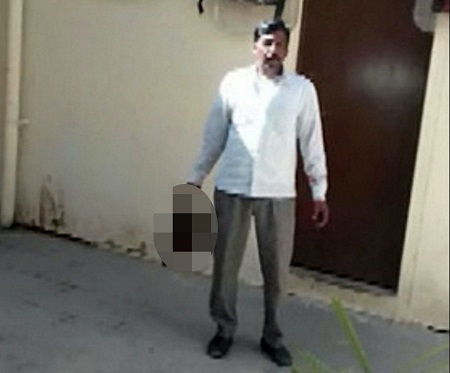 An Indian farmer identified as Narayan Singh, decapitated his wife, then carried her severed head by the hair for five miles, after he allegedly found her ‘making out’ with another man.

According to Metro UK, Singh, 38, has been charged with murder after attacking 28-year-old Sarita with a sword in the middle of a field.

Terrified witnesses described how he marched to the nearest police station, attempting to justify himself by telling officers:

‘My wife had broken my trust.

‘This is the reason why I beheaded her. I had warned her twice before, but she wouldn’t mend her ways.’

Singh, from Ghareli village in Ingoria, India, is due before the courts later this month.

Locals claim Singh had caught his wife with her lover twice before but let them go with a ‘warning of dire consequence’ if they hooked up again. 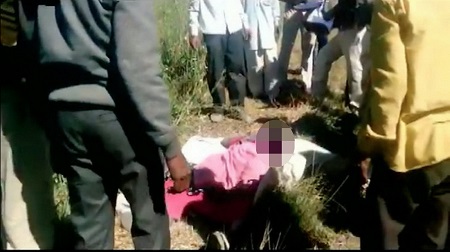 He took his barbaric revenge after spying on his wife for several days, neighbours said.

On January 30 he allegedly caught them together in a farmer’s hut and then attacked in a jealous rage.

Singh has been remanded in custody before his court appearance in 14 days, police sources said.

Investigating officer Vijay Khatri said: ‘Narayan Singh had doubts on his wife’s character – that she was having an extramarital affair with another man.

‘On January 30, he caught his wife in the act with her lover and, in a fit of rage, beheaded her.

‘In delusion, he kept roaming in the area with the head in his hand.’

Violence against women is said to be an ‘epidemic’ in India and there have been street protests for harsher punishments.

According to the Indian government’s Crime Records Bureau, there were 309,546 crimes against women reported in 2013, including 33,707 rapes and 51,881 cases of kidnapping and abduction.

Previous article
Shocking; Woman Who Slept With A Man Whose Manhood Suffered Impotence Shares Her Experience
Next article
Janet Jackson Gives Birth To Her First Child At The Age Of 50