See Community in Niger State Where Women Don’t Cover Their Breasts, is it worthy calling them pagans? (Photos)

Religion is crucial part of life, if we think quietly and peacefully about it, it just the way to keep  humanity together, believes in same way in order to have manners, morals.

But this community in Niger has raised the alarm, women walk freely and majestically with their uncovered breasts enjoying the fresh air in a broad-day. 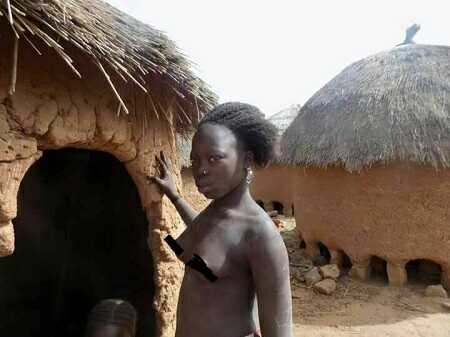 These are photos from a remote village in Niger State where ladies move about with bare breasts.
The photos were posted online by a person identified as  Nafiu Umar Balarabe. According to him,  has called people in  such community  are pagans. 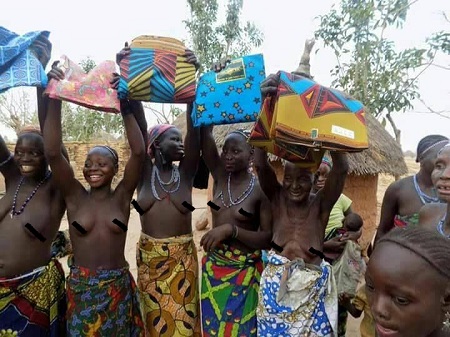 He also revealed that some evangelists are trying to convert the people to Christianity.
Below is what he wrote:
“This is a challenge to all Muslim Community in the the North and especially from North central. This village is called Birnin Amina in Rijau Local Government of Niger state.
“The community there they don’t practice any religion but paganism. Now our people of the other religions are taking advantage of their situation by clothing them as you can see on the picture below .
“Their main aim is convert them into Christianity. This is a challenge to both of us. Pls let’s do something in time.”
Do we  really call  these people as pagans because they are not doing, praying through what we  think is right channel to  live and know God?
(Visited 303 times, 1 visits today)
Africa