A gorgeous lady who was constantly rejected from the fashion industry due to her size unveils her dramatic body transformation.

Lauren Blackmore first started modelling 10 years ago but she was frequently pressurized to lose weight.

Lauren, who works as an inspiring life coach, said, “modelling was always something I wanted to do but I was told I wasn’t good enough”.

“Everyone I approached always said I was too big for modelling, but I was desperate to be signed to an agency.

“They all said I would need to lose at least 19 Kg`s to make it as a successful model. I was a healthy size 8-10 but I was desperate to be smaller and the numbers on the scale would rule how I felt.

“Because of this I became really self conscious of the way I looked and I was always dieting.”

She was left feeling overweight and developed an addiction to diet pills and laxatives just to get slim.

She said, “I tried every diet as well as diet pills, excessive exercising, and I even took laxatives, I was constantly weighting myself but I could never lose enough weight.

“I tried slimming pills which meant I was only able to eat two things a day, but I couldn’t keep it up.

“I also went through phases of excessively taking laxatives, I took the most horrific ones you could buy and I would be on the toilet all night in severe pain.

“If I ate chocolate I would punish myself and not eat for the rest of the day, I was faced with a constant battle. Because of the rejection from the modelling agencies, all I wanted to do was to be alone, and so after years of trying to be thin I eventually gave up.

“At the time I didn’t realise what I was putting myself through and I think it was a way of covering up my emotions.

Lauren explained: ”I suffered panic attacks and soon started to eat very often as a way of coping, I could eat four takeaways a day as well as three healthy meals to try and hide my secret eating.

“After years of neglecting myself I realised I couldn’t carry on and I am finally learning how to accept my body, flaws and all.”

Lauren decided she didn’t want to waste any more years of her life and has finally decided to embrace her curves.

And after putting on around 19Kg`s she’s found success as a plus size star.

She is currently pursuing her dream of becoming a lingerie model and she’s dying to encourage others to do the same.

She said: “I no longer weight myself but I would guess I have put on around 19Kg`s, and I feel healthier and happier than ever.”

Lauren, who is 5ft 7ins tall, had always been interested in lingerie modelling and in 2007 decided to pursue a career in it.

But unfortunately from the beginning she was faced with numerous setbacks which affected her confidence. 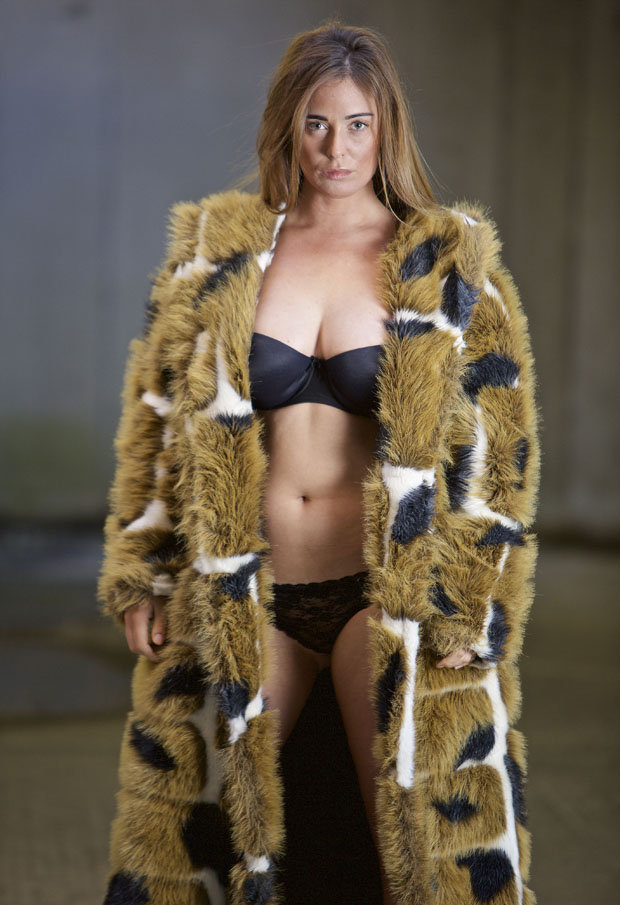 She continued: “Everyone I went out with always wanted to be with a pretty slim glamour model, I’m not blaming my ex partners and I know I should have focused on myself, but it did give me a complex.

“One said that if I stayed skinny he would think about committing to me, he put it off as a joke but it always stuck with me.

“For a while I worked at a bar, my employer said that if I lost five kilos he would pay me five euros more, everywhere I turned people were telling me that I wasn’t good enough.

“Going out was a struggle, even at my slimmest, I would never feel comfortable and my image became an obsession that consumed my whole life.”

In 2013, after breaking up with her boyfriend, Lauren decided she didn’t want to carry on living the way she was and looked to Models of Diversity for the help and guidance she desperately needed.

Lauren said: “I knew I had let 10 slip years slip away from me and i wasn’t prepared to lose any more of my life over it.

“Models of Diversity have created so much acceptance for plus sized models, and for this I am so thankful.

“I am finally living my dream and pursuing a career for plus sized women as well as anyone who has insecurities about their body.” 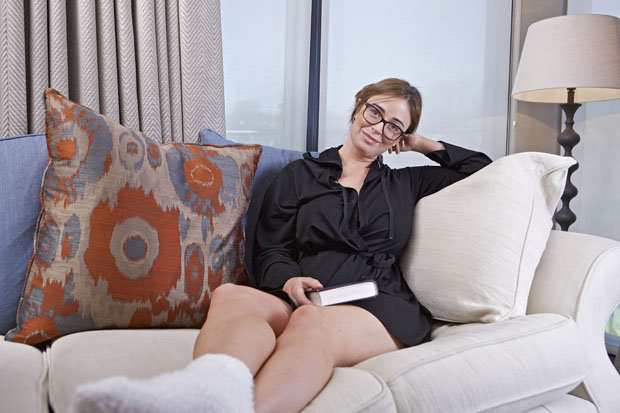 Lauren added: “I am now a curvy size 12, I know longer weigh myself and I don’t diet or compare myself to other women.

“I never thought I would show my body off again but I knew I had to face my fears, I have learnt to accept my body I am now on a new journey to be slim and healthy for me and no one else.

“By sharing my story I want to encourage others to fall in love with themselves again and accept themselves for who they are.”