A woman who was born without a v*gina has undergone a revolutionary surgery to have an artificial genital organ made. 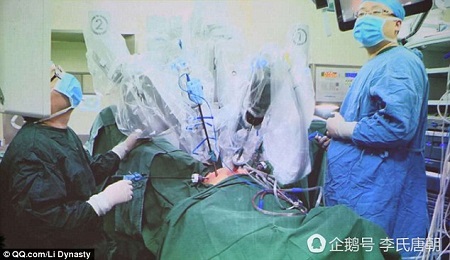 A Chinese woman who was born without a vagina reportedly underwent surgery yesterday to have a man-made genital organ made, Daily Mail UK reports

She hoped the surgery could allow her to finally start dating and eventually have her own family.

Surgeons from north-west China’s Shaanxi Province took a section of the patient’s small intestine and used it to make her a vagina.

A doctor claimed that only two similar operations had been carried out in the world to treat patients with the same condition.

The patient’s full name has not been revealed.

Chinese news website QQ.com said that the woman’s surname is Zhang and she is 23 years old.

According to the report, Zhang realised she was different from other girls when she hit puberty. She wondered why she had not got her period.

Zhang’s mother reportedly checked her daughter’s body and found out that she hadn’t got a vagina.
Sadly, the Zhangs were less-fortunate and couldn’t afford medical treatment.

As time went by, Zhang’s parents became more and more worried that their daughter would not be able to date, marry and have children due to her condition.

So the family contacted the No.1 Affiliated Hospital of the Medical School of Xi’an Jiatong University for help. 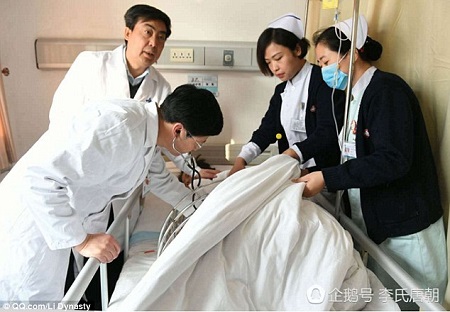 Zhang was diagnosed with Mayer-Rokitansky-Küster-Hauser syndrome (MRKH), a congenital abnormality characterised by women who have no vagina, womb and cervix.

MRKH is found in one in every 5,000 women or so in the world, according to Centre for Young Women’s Health.

A B-scan ultra-sonography revealed that Zhang has no vagina or uterus, but she has functioning ovaries.

She told the doctors that she had not been able to date any men because of her condition. She also had to turn down many admirers who had asked her out.

On the afternoon of February 15, doctors performed the pioneering operation on Zhang. They took a section of Zhang’s small intestine and used it to create a vagina for her.

The operation was assisted by a da Vinci robot, a technology used to carry out minimal invasive surgery.

Doctors said the man-made vagina should have no difference to a normal vagina in terms of its appearance and functionality, according to QQ.com.

One of the doctors was quoted saying: ‘If Zhang wishes to have babies, we will need to carry out a uterus transplant surgery.’

According to China.com, the operation was performed by doctor Guo Shuzhong and his team from the No.1 Affiliated Hospital of the Medical School of Xi’an Jiatong University.
Guo Shuzhong is a renowned plastic surgeon and medical professor in China.

He conducted the country’s first face transplant operation in 2006 and successfully built an artificial ear for a man last year using his patient’s cartilage.

Doctor Guo claimed that only two operations similar to Zhang’s had been carried out in the world to treat patients with MRKH syndrome.