A man identified as Xtian Dela has exposed an aging woman who has been sending him n@d3s and raunchy messages to lure him to s3x.

According to him, he has been ignoring the woman’s randy photos and messages but she keeps on sending him the crazy stuff. 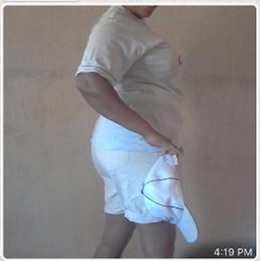 “Guys…One thing I really hate about having my number out there in public is receiving such things on a daily basis on my WhatsApp…I normally ignore and delete such things but this one I just had to address. This person is someone’s mother. She has been disturbing me, sending me all kinds of pictures and messages that I have been deleting and ignoring but…aaai…this is too much! It’s such a shame! I am NOT this kind of person! I have and will never use my position to promote or condone such behavior. My principles and Faith does NOT allow!! This is wrong on all levels! Ladies…please RESPECT yourselves for men to respect you!!” 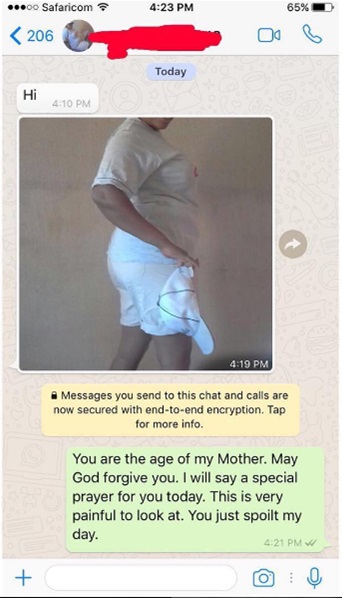