Man dumps wife for bearing all girls, marries another give him twin girls

Man dumped his first wife because she gave birth to all girls, the second woman he got married to, delivered a set of twins that turned out to be girls too.

According to a Twitter user shared the news on his social media page. Check the tweet below:

The tweet generated lots of reactions as people could not get past why a man would put the blame of not having a male child on his wife in this present age and time.

This made many people open up on the things women are made to go through simply because their husbands hold them responsible for the birth of the male children.

Check out some of the smart replies that were generated from the initial tweets: 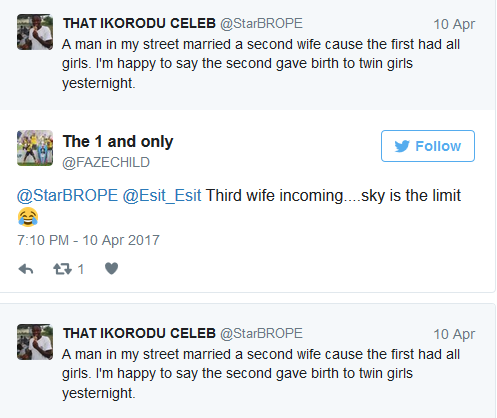 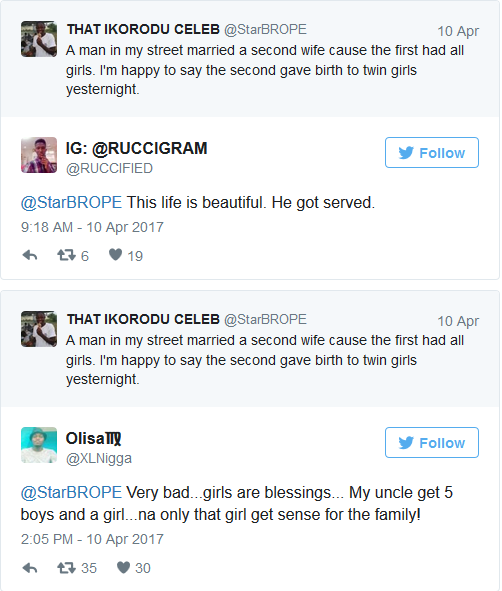