This is the moment a man was fatally bitten by a cobra while watching a snake charmer in India.

Video shows the charmer attempting to put the snake around the tourist’s neck while other people watch and film.

But the agitated reptile strikes out, biting the man on the cheek and delivering a deadly dose of venom. 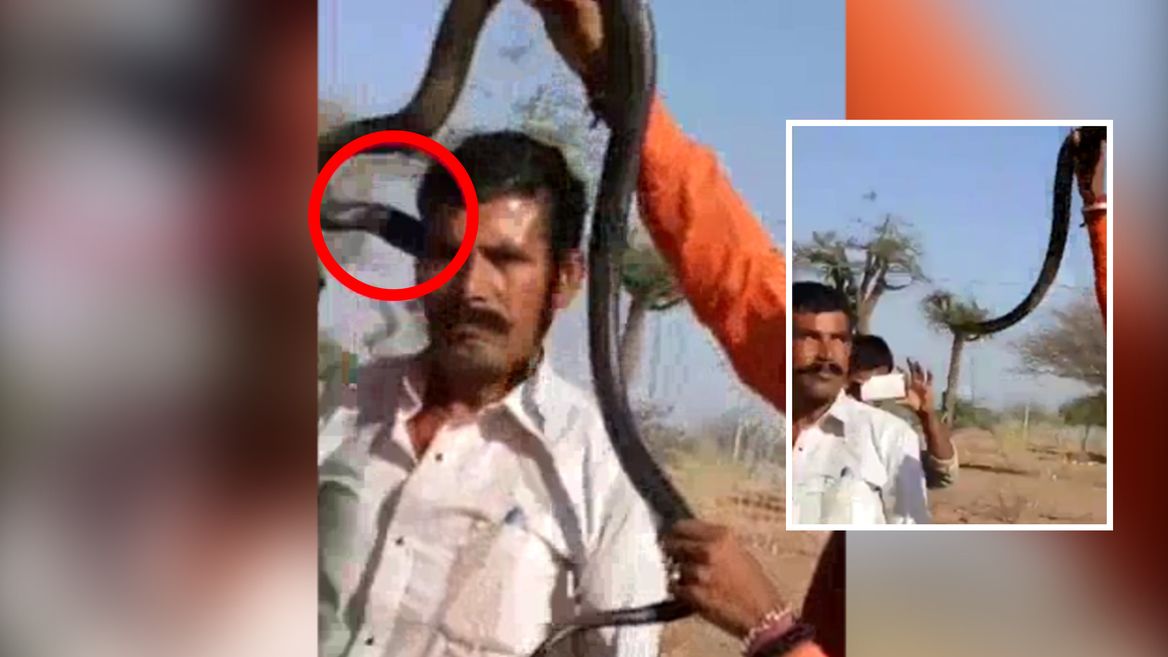 The man does not immediately notice he has been poisoned, as he carries on posing for the camera.

Moments later he seems to sense that something is amiss, asking the charmer to check whether he has been bitten.

But the entertainer ignores him and carries on with the demonstration.

A few minutes later the man begins losing consciousness, but rather than take him to hospital, onlookers took him to a medicine man.

Within an hour he had died from the poison, according to witnesses.

The incident took place in Jodhpur, in the northwester province of Rajasthan, India.

It is not known which species of cobra this particular snake belongs to as there are five native to India, including the king cobra – which is not considered a ‘true’ cobra.

All contain poison that is potentially deadly to humans, though none appear on the list of top ten deadliest snakes in the world.

The most common cobra in India, unsurprisingly called the Indian cobra, contains a venom which attacks nerve synapses, leading to paralysis and cardiac arrest.