As it stands social media awash with unconfirmed reports that Police in the capital Lilongwe are probing the case in which Eliza Chaponda daughter to the fired Minister of Agriculture Dr George Chaponda was badly beaten.

According to reports, the daughter to the former honorable Minister has been beaten by the wife of her secret lover Rashy Gaffar at Mchesi in Lilongwe as they were having a romantic chat in a car and the wife was tipped.

The wife failed to get a grip but to pounding her fits on Eliza’s face until it turned to look like a plastic bag full of blood.

The following is believed photo of Eliza’s face after this sexual scandal: 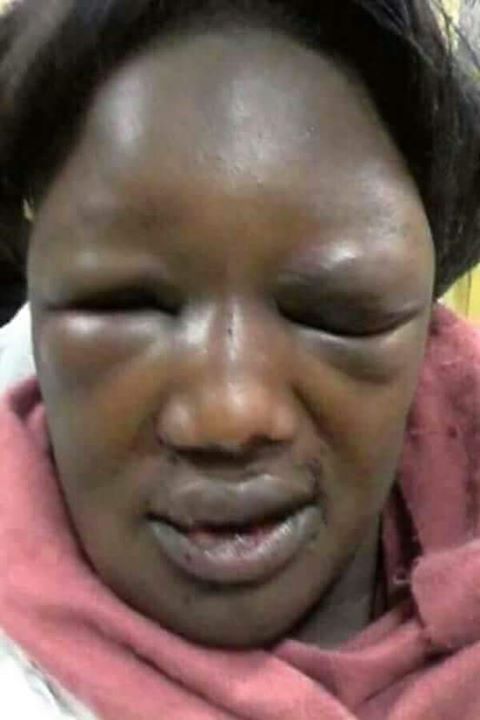