A Chinese clan of more than 500 relatives had the ultimate task of coming together in a reunion shoot for the ages.

After working on his family tree for more than two and a half years, Ren Tuanjie says he managed to track down at least 2,000 living descendants spanning seven generations.

The family traces its roots back 851 years.

“In order to celebrate the completion of our family tree, we decided to have a get-together and photo session,” Ren told NBC News in Beijing by phone Wednesday. 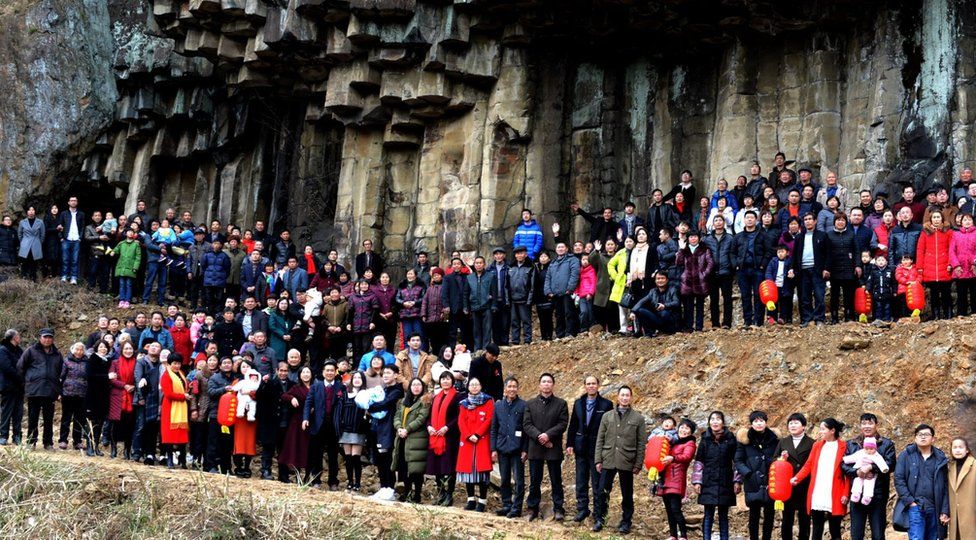 The family gathered for its reunion in Shishe village, in China’s eastern province of Zhejiang, during the Chinese New Year holiday.

“The oldest was 94, and the youngest was 4 years old,” Ren said of the attendees.

Since the family is scattered across China, Ren said he got help from local police stations and used social media tools such as WeChat & QQ, China’s top messaging apps, to track down his loved ones.

It took over two months to spread the word about the reunion and get the family to descend on the village over the Lunar holiday for the photo shoot.

So how did they all cram in tight to say “cheese” in unison?

Zhang Liangzong, the photographer, told NBC News that he used a loudspeaker to gather the gang and deployed a drone to snap a wide aerial shot. 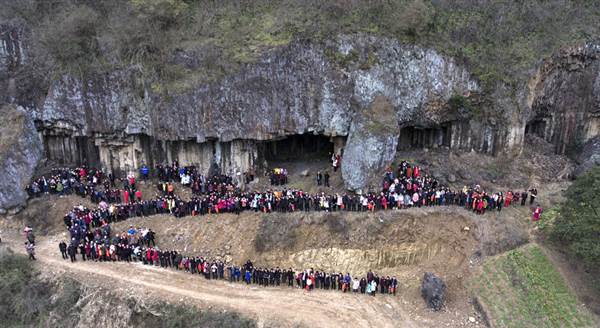 He added that he posed them in front of some basalt formations near the village “because it’s a famous local scenic spot.”

Although large family photos are common, many in China were taken aback by the scale of the Rens’ photographs, which were featured widely in national media and prompted headlines such as “Do these family members even know one another?”.

There were also jokes aplenty on microblogging network Weibo. “What if they meet someone they like in the group? Can they still get married?” asked one user.

Others made reference to the Chinese tradition of adults giving money in red packets to children during the new year. “When they give out red packets, will they start to cry?” said one Weibo user.

“The youngest family members will be collecting New Year’s money until their hands go weak,” joked another commenter.

Previous articleLand grabbing case: Wandale acquitted of criminal trespass, conspiracy
Next articleTV Presenter Sacked for Bragging About her Second Job as a Prostitute on Air and Bedding 10 Men a Night

Pastor Yaw Seth, a married pastor, has been accused...

The teenager, Peter Mutonhora, of Dumba Village was fined...

Controversial South African politician who is also the president...
FaceofMalawiNEWS