How Boyfriend Gang-raped Ex-girlfriend with Six Other Men,Before killing Her

A heartless and evil boyfriend has brutally murdered the girlfriend after gang-raping her with six other men before driving a car over her head.

A jilted boyfriend gang-raped his ex-girlfriend with six other men then drove a car over her head to stop her being identified in India, Dailymail reported. 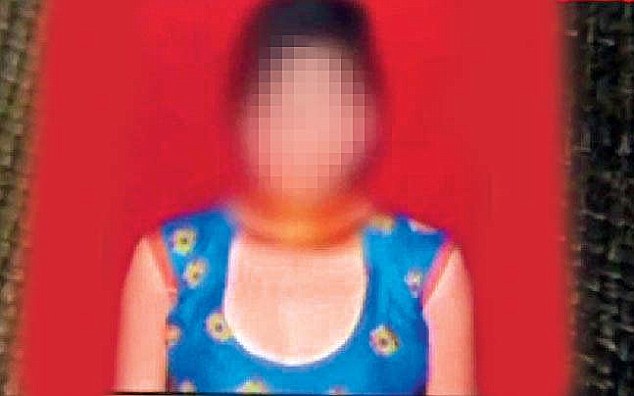 The shocking incident has left many people baffled in the country after mutilated body of the 23-year-old woman was found being torn apart by dogs after she was abducted from Sonipat and driven to the city of Rohtak in the country’s north.

It was also discovered that she was tortured with sharp-edged objects before having her skull smashed with bricks when she threatened to tell police.

Her attackers then crushed her with a car in a bid to conceal her identity, according to local reports.

A local man Sumit Kumar, whose age is not known, along with and half-a-dozen associates are alleged to have carried out the abduction.

Police announced on Saturday that they had arrested Kumar and an associate named as Vikas. The victim’s family members identified the body and told the police that Sumit and six to seven men had stormed their house and threatened the woman after she refused to marry him.

Station house officer Ajay Kumar confirmed: ‘The victim was living with her mother.

‘She had left for the job on May 9 around 7am when the accused, Sumit, along with his accomplice, Vikas, abducted her in a car’.

‘We have recovered victim’s body who was later identified as a resident of Kalupur Chungi area of Sonipat. The investigation is ongoing and we have arrested the prime accused Sumit and his accomplice, Vikas.

‘Sumit has confessed to the crime and told us that they killed the victim after raping her,’ Ajay Kumar said.

The autopsy report found her skull was smashed in an attempt to disfigure her.

‘We have also found broken bones. The accused indulged in this brutal act to deface her.’

The victim’s family told the police that Sumit was pressuring her to marry, but she turned him down her last year as he was unemployed. He would stalk her and a week before she was abducted she had slapped the accused as he blocked her way.

Police say Sumit told them that after abducting the woman, they took her to Rohtak and stopped the vehicle near Parsvnath City. He asked the victim again to marry him but she refused. This infuriated him and he killed her, police say.

‘I was in love with her and she also loved me. There was some altercation between us and I killed her with a brick,’ Sumit said on camera.
The woman’s mother has demanded that all those involved in the crime be hanged.

The brutality of the December 29, 2012, gang-rape and murder of a woman, who was named ‘Nirbhaya’ – meaning fearless – because of laws against naming rape victims, provoked intense anger and weeks of protests across Indian cities and also hit international headlines.

Government statistics show that almost 90 per cent of rapes in the country are committed by people known to the victims.

Previous articleMeet The Man Who Has Been Drinking And Bathing His Own Urine For The Last 6 Years
Next articleAxa Bus catches fire in Lilongwe: 70 passengers rescued

In this era being a pastor is nothing but...

A FIFTY-year-old man of Lunte district in Northern Province...

There are a lot of things people do for...

A group of Zimbabwean Army women have been spotted...
FaceofMalawiNEWS