A woman has cried out for help after some wildlife authorities stormed her house and attempted to take-away her son – a massive snake – which she says its one of her twin children.

Nalongo Barbara Nvannungi, a woman in Nakawuka, Wakiso district in Ugandan, keeps a python at her home, but when wildlife authorities wanted to take it away, she claimed that ‚Äúhe‚Äù is her child, saying that she gave birth to twins in 2008, and reasoned that they cannot take her child away from her.

Residents are worried that the python could present a danger to the village and they went to Uganda Reptiles Village, Entebbe, asking them to take the python, but the mother is against taking away ‚Äúher‚Äù child.
‚ÄúI am the one who gave birth to him and can take care of him. A parent can‚Äôt fail to take care of her child,‚Äù she told Bukedde TV‚Äôs local Luganda news bulletin Agataliiko Nfuufu.
‚ÄúI am asking that they let me be with my child,‚Äù she said while lovingly stroking the python! 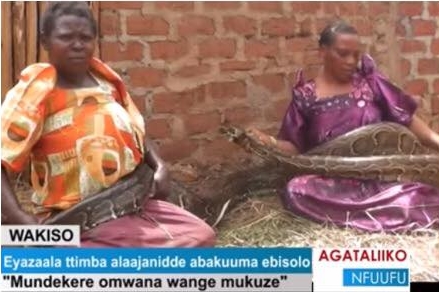 Nvannungi says that her husband Salongo Patrick Lubega passed away in late 2007 when she was pregnant.

However, she says the only witness who can confirm that she gave birth to the python is her sister because she didn‚Äôt give birth in hospital.
‚ÄúWhen I felt labour pains, I went with my sister to find transport to take us to hospital, but the child came fast and I gave birth to him in a garden,‚Äù she says.
‚ÄúI also gave birth to his sister a few moments later,‚Äù she says. The sister, a girl is a human being not a reptile.

Nvannungi‚Äôs sister (on the left) is the only witness who can attest to the fact that she really gave birth to the reptile.

She says relatives have abandoned her and the snake is the only relative she knows, so they can‚Äôt take him away from her.

Nalongo Nvannungi says that unfortunately ever since the passing of her husband who left her pregnant, she has not been able to find another man as every man is worried that she will give birth to another snake. ‚ÄúThey fear me,‚Äù she said.

Nalongo says she cannot allow wildlife people to take her child to a zoo. ‚ÄúI can‚Äôt go visiting him among animals, because he is a human being,‚Äù she said.

She added that no one else can take proper care of her child because she feeds him on more 40 eggs on a daily basis and a chicken every two days.

She asked residents to keep calm, saying that she is taking proper care of her ‚Äúchild‚Äù. She even built ‚Äúhim‚Äù a house and says that he will not harm the locals.

However, the TV station reached out to a medical doctor, Joseph Wasswa Ssenkubuge who said that it is impossible for a human being to give birth to a snake, adding that it is a scheme the woman could be using to make money off curious people. 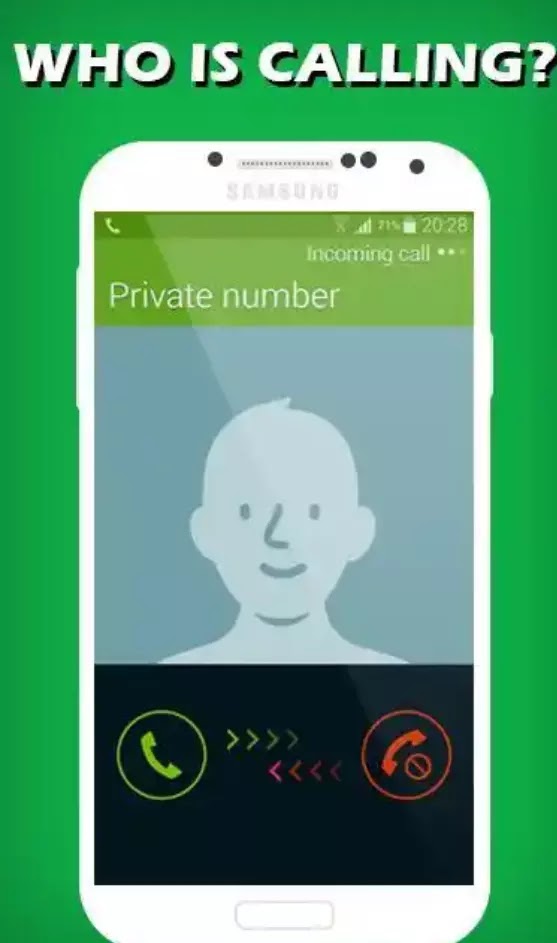 Whenever a Private Number Calls You, Don‚Äôt Panic, Dial This Code Quickly to See the Number 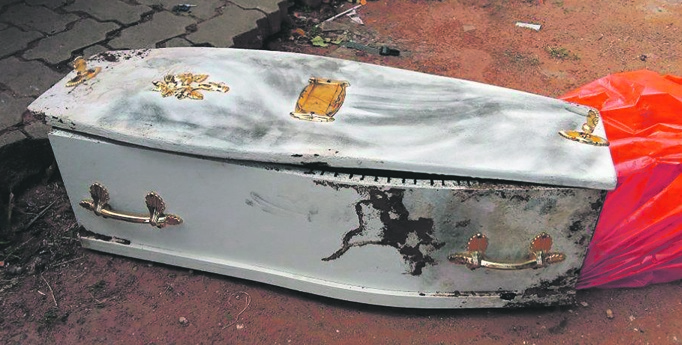 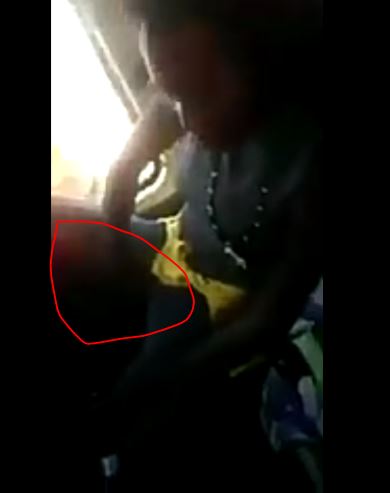