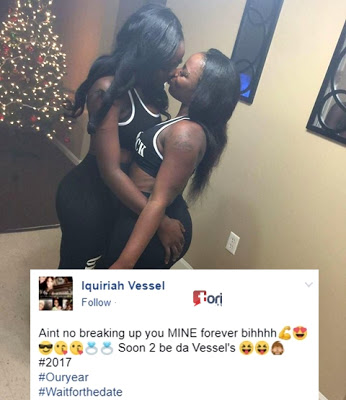 The above two women identified as Iquiriah Vessel and her fiancee, Lykeisha, are apparently serious about taking their seemingly awkward lesbian romantic relationship to the next level.

The pair have caused a buzz all over the social media after they opened a GoFundMe campaign which reveal that they are planning their wedding and trying to raise funds for the big day.

It was gathered that they were both seeing the same married man and ended up having children for him. But, apparently, he‚Äôs out of the picture now because they‚Äôre seeing each other.

After receiving so much backlash online, one of the women decided to change the description on their GoFundMe page to offer a more detailed explanation about their relationship. But, their desire to raise funds doesn‚Äôt stop at the wedding. They revealed they‚Äôre also planning a reality TV show. 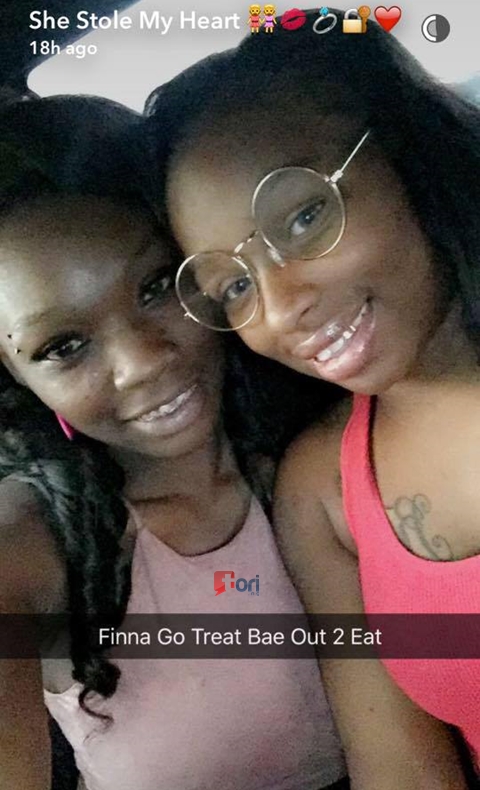 Here‚Äôs what they posted on GoFundMe:

“Wedding date is February 12, 2018, trying too raise money too go towards our wedding and tv show!!! Since the original story was erased because everybody had so much too say let me write it over!!! “My fianc√© and I are trying too put together a TV show so that y‚Äôall could get a better understanding of the situation.

Yasss we do have the same baby daddy she has a little girl and I have a son for the same Guy! Since y‚Äôall wanna know every detail we both have babies for this married man.

“To answer y‚Äôall question NO neither one of us had kids for this guy once we started dating each other! Yes there were 3sums involved dats how we gained feelings for one another. “So later down the line I became pregnant remember both of us was fucking dude at the same time and this been going on since 2014. So I had my son in May and in June she found she was pregnant.

“By this time me and her was already in love so as the years went by the love was so real too the point we decided we was ready too become one‚Ä¶ So February 12,2017 I proposed too her in front of the whole hood at her birthday Block party! No we not broke, No this ain‚Äôt a joke, and yes we‚Äôre really together!!!!! .

“The goal is 10,000 know we not expecting y‚Äôall too give us that much. I cud write a book too help y‚Äôall understand bt I can‚Äôt‚Ä¶.. All the judgmental comments are not caused for because with y‚Äôall help are without WE ARE GETTING MARRIED!!!!!!”.

Guys! Do You Know What Your Facial Hair Says About You?‚Ä¶.ladies !!!be on the look out 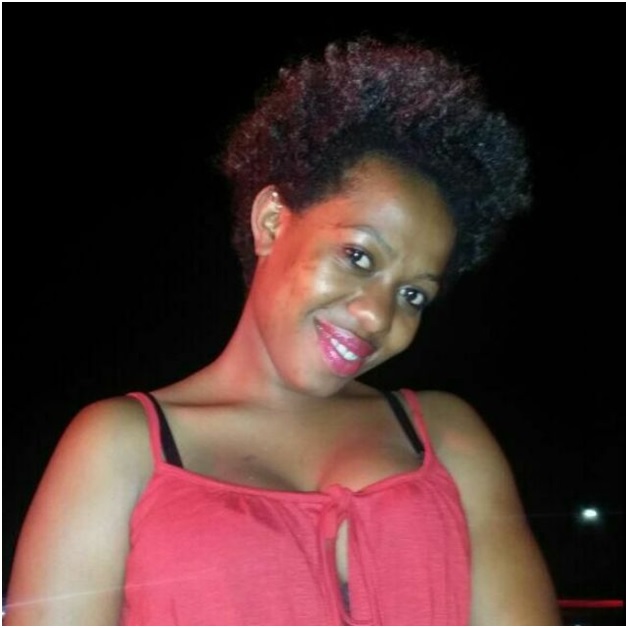 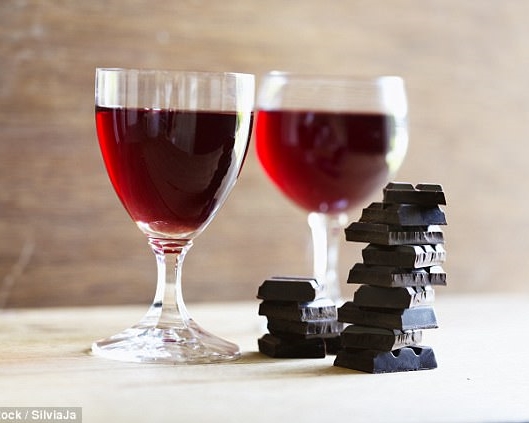