Animal lovers streaked naked through London Zoo on a sponsored run to help save tigers from extinction.

Many of those who took part stripped off everything and painted themselves in tiger stripes before jogging among the caged animals. 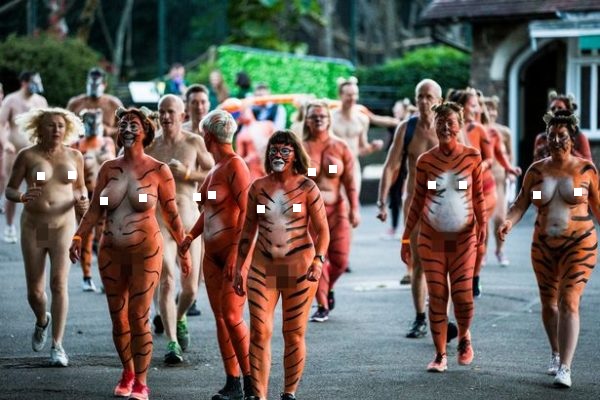 The annual event in question was the Zoological Society for Londonās (ZSL) Streak for Tigers ā which raises money to help protect tigers and their habitats around the world. 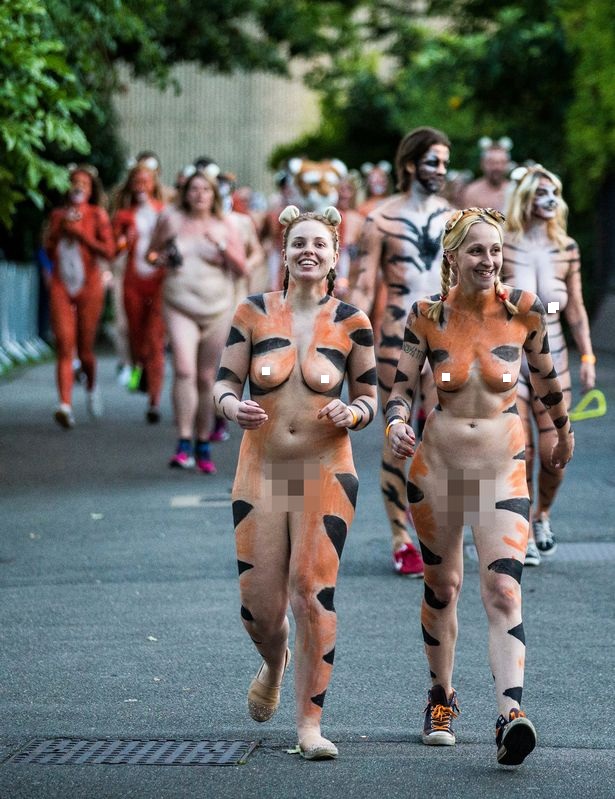 Tigers are classed as an endangered species with global populations on the decrease due to poaching and the increasing destruction of their natural habitats.

Itās believed that there are now less than 6,000 wild tigers left worldwide. 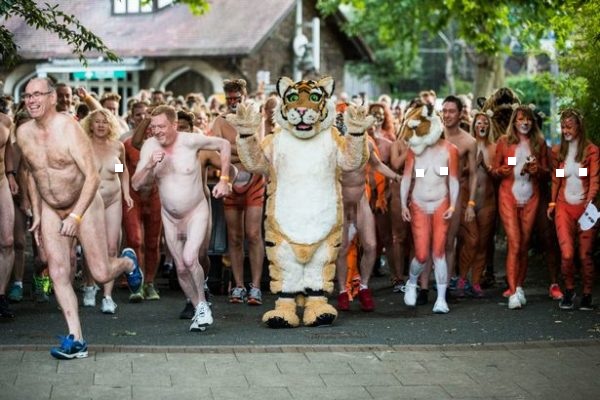 The event began at 7pm and the so-called Tiger Streakers ā because a group of tigers is called a streak ā were encouraged to let go of all their inhibitions and go completely nude for a whole five to ten minutes. 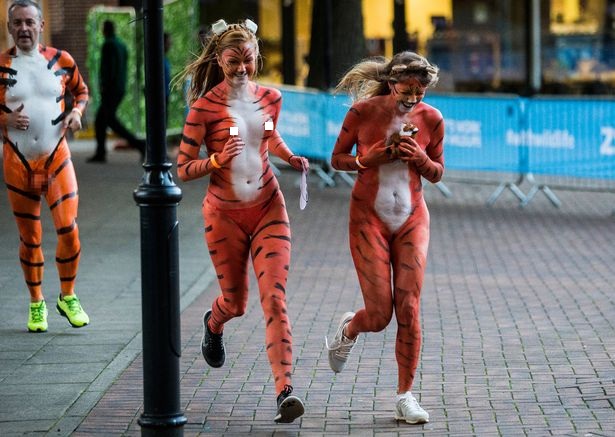 At the end of their run they were handed a foil blanket and to protect their modesty.

Each runner paid a Ā£20 registration fee and had pledged to raise at least Ā£150 to help save tigers. 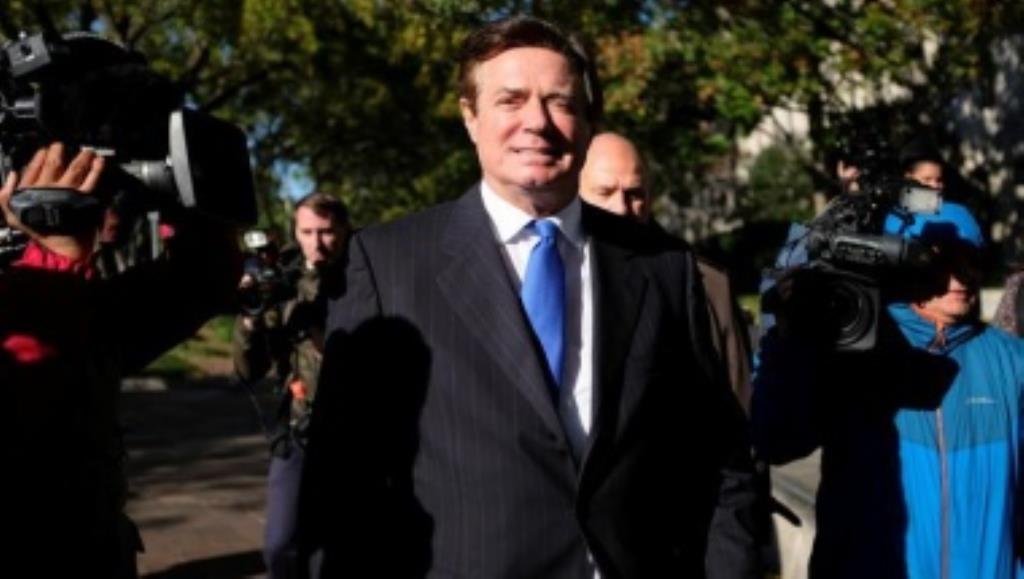