Two form three students from Dzenza Secondary School in Dedza are in police custody for allegedly being found with a gun.

Dedza Police Public Relations Officer Edward Kabango confirmed of the development in an interview with the press and identified the suspects as Shadreck Lackson and Howard Maulidi.

According to Kabango, the two were arrested following a tip off from well-wishers.

He said the police invaded the house where the two were renting and found a gun and DVD player.

ŌĆ£After quizzing them, the two confessed that the gun was used to rob a motorcycle in the district and later sold in Mangochi,ŌĆØ said Kabango.

US GOVT TO INVEST IN DIFFERENT SECTORS OF THE COUNTRY 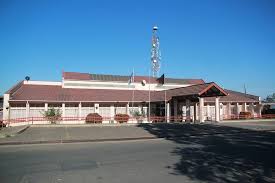 Macra to pass its judgement on MBC conduct