Scarcity of foreign exchange has forced Zimbabwe to ban the importation of fruits and vegetables as the local economy runs into crisis. 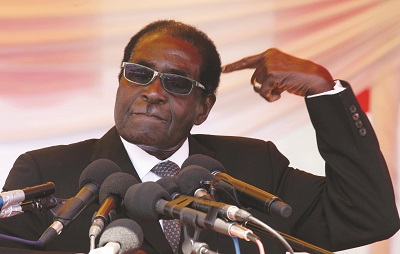 Zimbabwe has banned imports of fruit and vegetables with immediate effect to preserve scarce foreign exchange, the agriculture minister said on Tuesday.
The country which dumped its currency for the U.S. dollar in 2009 because it was wrecked by hyperinflation is now running short of dollars as well as quasi-currency “bond note” introduced last year to ease cash shortages.
Last year Zimbabwe spent more than $80m on fruit and vegetables, according to national statistics agency Zimstat. The produce included tomatoes, onions, carrots, grapes, apples and oranges.
Agriculture Minister Joseph Made told the Herald newspaper he had been directed by President Robert Mugabe to stop the importation of fruit and vegetables because “they waste much needed foreign currency.”
“This means that the importation of fruit and vegetables will be stopped immediately.
“We are finalising on the exact list of foreign-produced fruits that are occupying shelves in shops,” Made said.
Made declined to comment further when contacted by Media.
Zimbabwe relies heavily on cheaper imports from neighbouring South Africa, its biggest trading partner, and has over the years struggled to produce enough to meet domestic demand.
In June, the government also banned maize imports, saying the country produced enough to satisfy domestic demand. Made said the ban would allow local farmers to increase output while saving the country foreign currency.
A majority of banks have stopped giving out cash and when they do, it is in the form of bond coins. Most Zimbabweans are keeping U.S. dollars at home while those who want to travel or pay for imports buy currency on the black market.
The same thing happened during the period of hyperinflation a decade ago.
(Visited 22 times, 1 visits today)
Local Malawi News

Previous articleThree people arrested for selling dog meat in Limbe
Next articleWoman Dreams her Dead Mum Waving at her, Later her Corpse Disappears from Grave