Zimbabwean President, Robert Mugabe, has created a ministry to punish “rats” who make use of the cyberspace to attack his government.

Appointed as Head of this new Cyber Security, Threat Detection, and Mitigation Ministry is Patrick Chinamasa who is a former Finance minister.

However, Chinamasa’s first job, it seems, is to get rid of, or regulate the use of Whatsapp and Facebook, raising serious concerns over freedom of expression, access to information and a clampdown on social media messaging.

Zimbabwe actually did, in fact, issue new rules on using WhatsApp, in the country. The rules order groups to be registered and for the administrator of the group to have government level clearance. 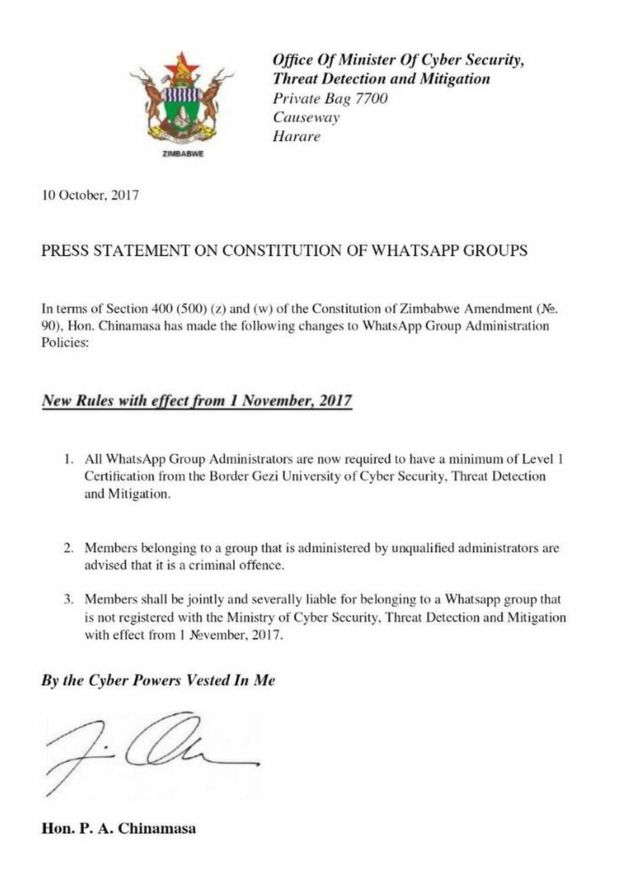 It can be argued that Mugabe issued these new rules in order to tone down the rate of inflation in the country via rumors but one can’t but wonder if it isn’t to maintain Mugabe’s 37-year reign, so he could clinch another victory in 2018 presidential elections.