Barack Obama Returns to Politics in 2018

If President Donald Trump and the Republican Party were already worried about defending their majorities in the House and Senate come November, they will now have another major factor to contend with: Barack Obama. 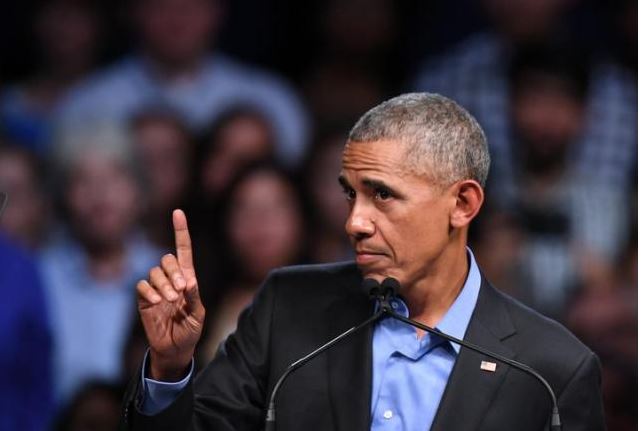 The former president enjoyed a busy year since leaving the White House but has largely stayed under the radar. Now Obama is reportedly planning to return to the political stage in 2018, setting the stage for a prominent role in the lead up to the crucial midterm elections.

Close associates to the 44th president predict a politically active year, including campaign stops and other displays of public support. Obama will “continue to be politically active in 2018, with more endorsements and more campaigning,” his spokeswoman Katie Hill told The Chicago Tribune.

The president spent part of 2017 jet-setting around the globe and making the most of some time off after eight years of non-stop scrutiny and governing, but he always maintained that he would never leave politics behind. Before leaving office, Obama vowed to remain politically relevant and work with and endorse candidates who sought to preserve his legacy and signature accomplishments.

In 2017, Obama took on President Donald Trump on multiple occasions though he seldom addressed the 45th president by name, instead saying that the Trump presidency has created “an unusual time.” More specifically, Obama spoke out against Republican efforts to repeal Obamacare, advocated in favor of protections for so-called Dreamers and criticized Trump for his decision to pull out of the Paris climate agreement.

While Trump has recorded record low approval ratings for a president at the end of his first year, Obama has only become more popular in retirement with a favorability rating of over 60 percent. Near the end of 2017, Obama even polled with a higher approval rating than Trump in the ruby-red state of Alabama.

So Obama’s appearance on the campaign trail should scare Trump and Republican candidates across the board. In a September poll, 52 percent of respondents to a poll said they wished that Obama were still in office. An active role by the former president in the 2018 elections is likely to further fire up an already energized Democratic base.

In 2017, Obama made just a single campaign appearance, showing up in Virginia to campaign for the ultimately victorious then-candidate Ralph Northam. In 2018, he will trump that number.