A wall of a house in area 18 in Lilongwe has been knocked down after a 3 tonner lorry plunged into the living room. 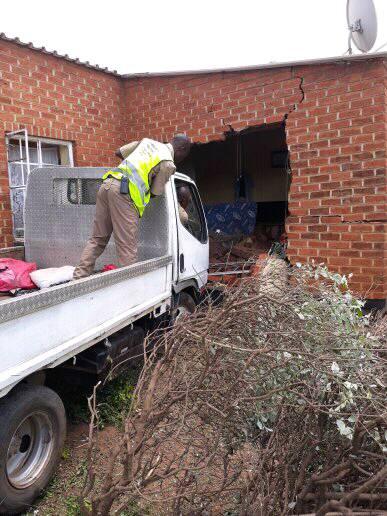 According to reports, the unidentified driver was over speeding while driving around area 18 Malawi Housing Corporation (MHC) routes. 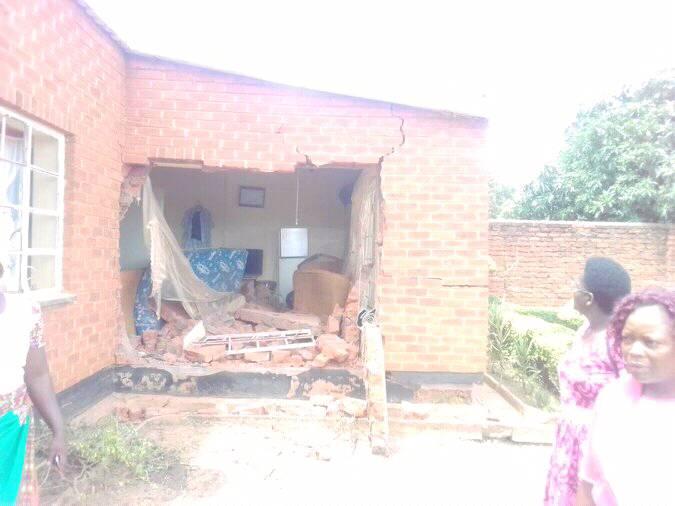 In the process, he encountered a sharp bend and failed to control his wheels due to over speeding and ended up hitting a living room wall of one house in the area. 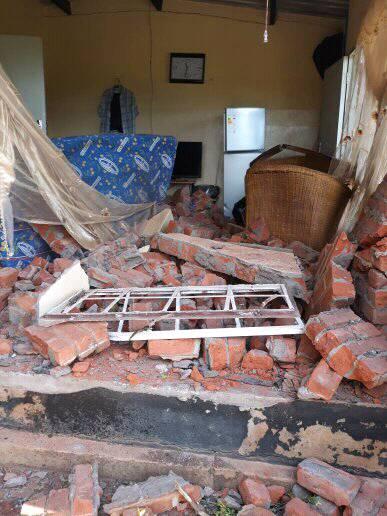 The owners of the house were at that time a watching TV. Luckily, unusual sound of the lorry was heard just outside hence they managed to escape before the car settled in their sitting room.

Last year in December, another incident of this kind happened in the same area involving a woman who was busy sending and receiving love messages on her mobile phone while driving and ended up hitting a brick fence. 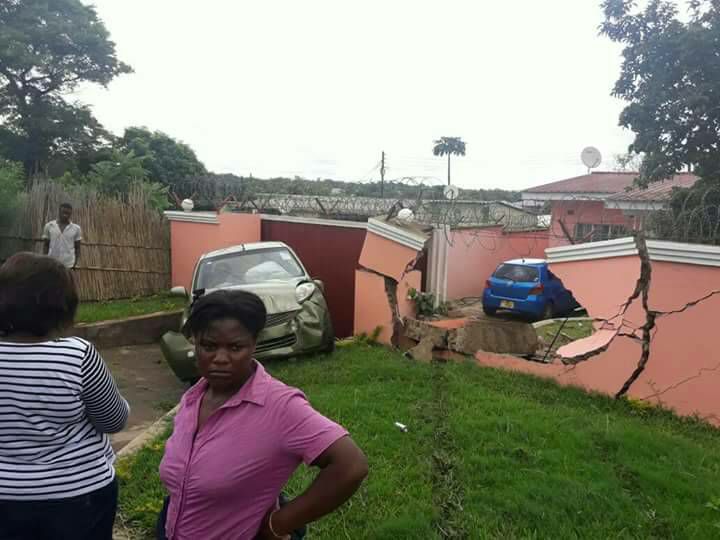 It was reported that after the incident had happened, the woman was heard saying, “I was intoxicated by love and forgot that I was driving.

“At a later stage, I lost control of the vehicle and ended up hitting the brick fence.”

No casualties were also recorded at the scene.