There was a drama yesterday at Zomba Magistrate Court over the case of former Minister of Agriculture, Irrigation and Water Development, George Chaponda and one of the Directors of Transglobe Export Produce, Rashid Tayub.

The defence filed an application asking the State to serve them with two documents which were not filed together with document that were earlier served on them.

Leading Lawyer for the defence, Tamando Chokhotho ┬Āsaid among the files the ┬ĀAnti-Corruption Bureau (ACB) submitted, the bureau made reference to two letters that were not served to the defence.┬Ā Chokhotho said the defence wants to be served with the missing document since it will help them during the preparation of cross examination of witnesses.

However, the ACB leading Prosecutor, Macmillan Chakhala expressed surprise to note that the defence was looking for more documents.

ŌĆ£There is no new document but we will respond to their application. For us we see that it is a matter of semantics; otherwise they are the same documents we served on them. For the sake of progress, we will just comply and serve them all the documentsŌĆØ Said Chakhala.

Chaponda is answering charges of giving false information to the ACB, being found in possession of foreign currency at home and attempting to obtain an advantage.

While his counterpart, Tayub, is answering the charge of persuading a public servant to perform duties in a corrupt way. 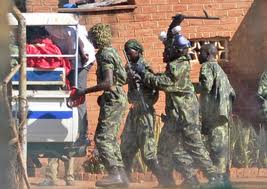