Senior Resident Magistrate Court in Lilongwe has sentenced two criminals to 14 years imprisonment with hard labour each for being found guilty on two counts of robbery with violence and theft of motor vehicle.

The court heard through prosecutor Peter Pilingu of Kanengo police that between the night of 17th and 18th march, a group of robbers broke into the house of an employee of Sempha Investment in area 51.

While there, they demanded to have house hold items like, two laptops, external hard drive, speakers, three batteries, a GO TV decoder, curtains, clothes all worth K10, 112000.00.

The prosecutor also told the court that the criminals demanded to have the victimâ€™s company car keys, a Toyota Hilux Registration Number BS 2212.

The following day, police followed with an investigation which in the process they managed to recover most of the stolen items including the company car and later apprehended the two culprits.

In court, they pleaded guilty to two counts of Robbery with Violence and Theft of Motor Vehicle.

Passing her judgment, Senior Resident Magistrate Shyreen Yona slapped the two to 14 years for Robbery with violence and 3 years imprisonment with hard labour for theft of Motor Vehicle.

The years are to run concurrently from the date of their arrest.

Odala hails from Sawali village in the area of Traditional Authority Nsamala in Balaka while Phiri comes from Lobi village in area of traditional authority Kachere in Dedza district. 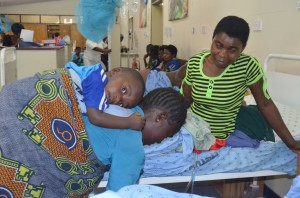 PISTORIUS MURDER CASE BACK IN COURT