A 33-year-old American multi-millionaire who was killed in a drive-by shooting has been buried in a gold adorned coffin surrounded by $100,000 worth of jewellery and drenched in fine champagne.

Sheron Sukhdeo was killed outside his wife’s parents house in a town known as Charlieville, last week and on Friday he was laid to eternal rest, surrounded by his immense wealth. 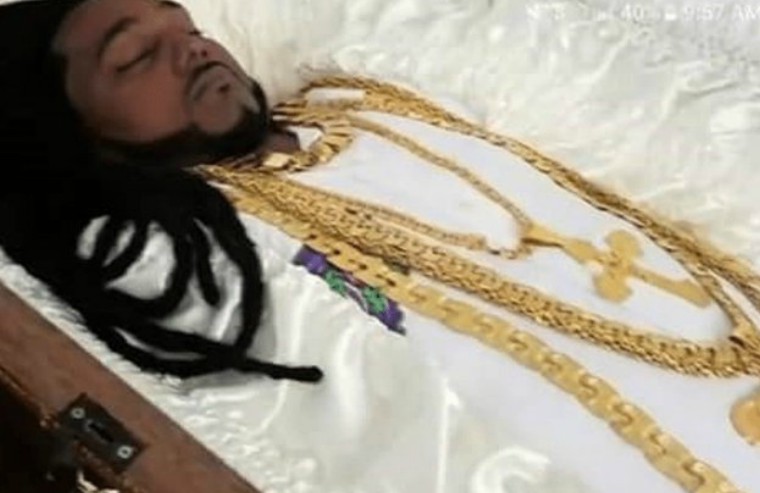 His casket was adorned with fine gold attachments and decorations on top of the pieces that decorated his body – and was brought to the crematorium in his own personal $150,000 Bentley luxury car.

For whatever reason, his body was doused in Moet and Chandon champagne. 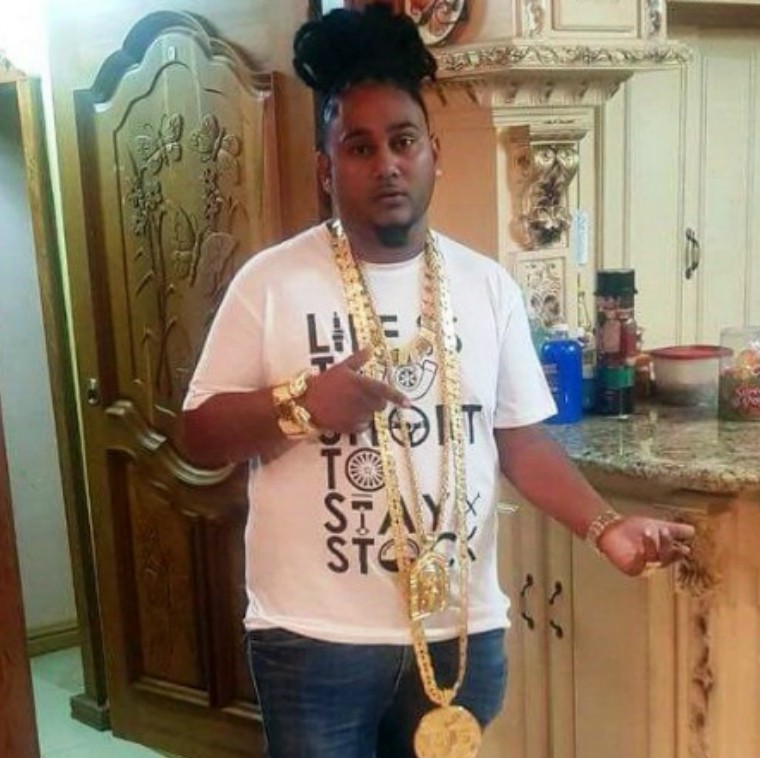 It is thought that his personal jewellery was removed before the actual cremation took place.

Another strange addition to the event was a pair of Timberland boots that were laid at the foot of his coffin. 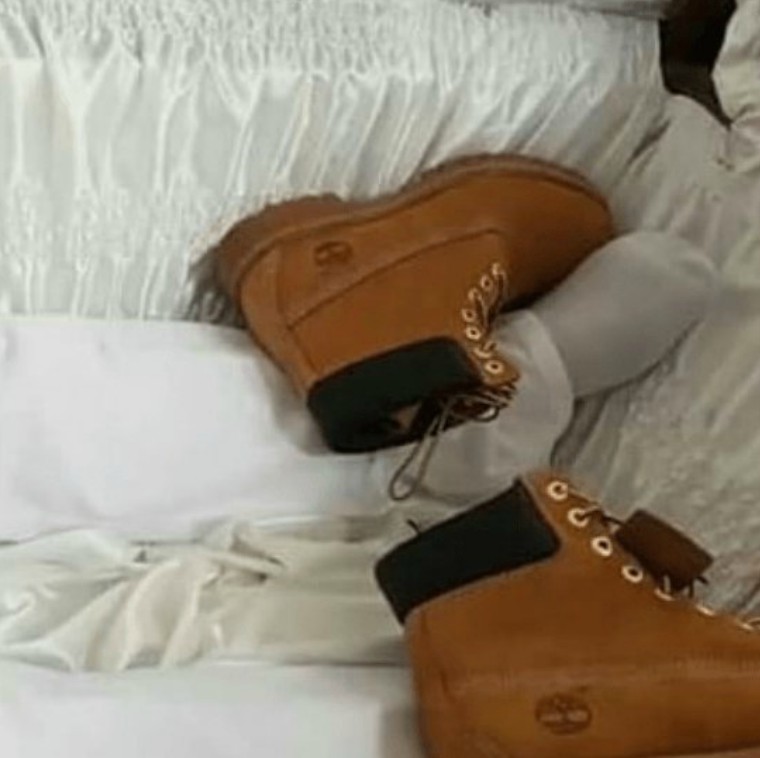 Hundreds of mourners attended his funeral, at which his body and it’s expensive additions were displayed in an open casket.

Sukhdeo was married and a father to two children, after being shot he was taken to hospital but the doctors failed to save his life. 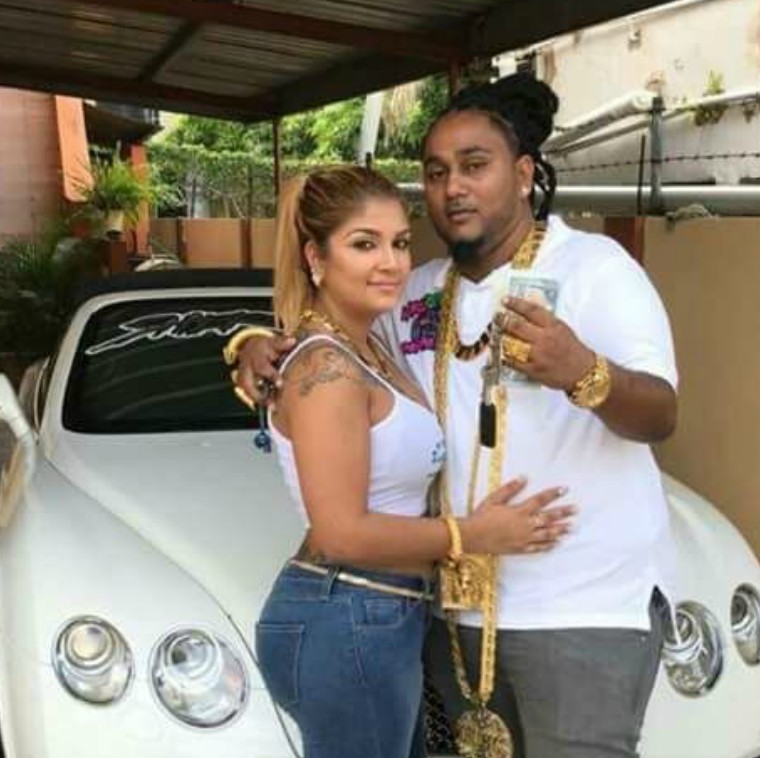 Police are investigating his death, it is thought that there may be family connections behind it.

A local gang called The Rasta City gang had made an attempt to kill him two years ago, but he escaped. 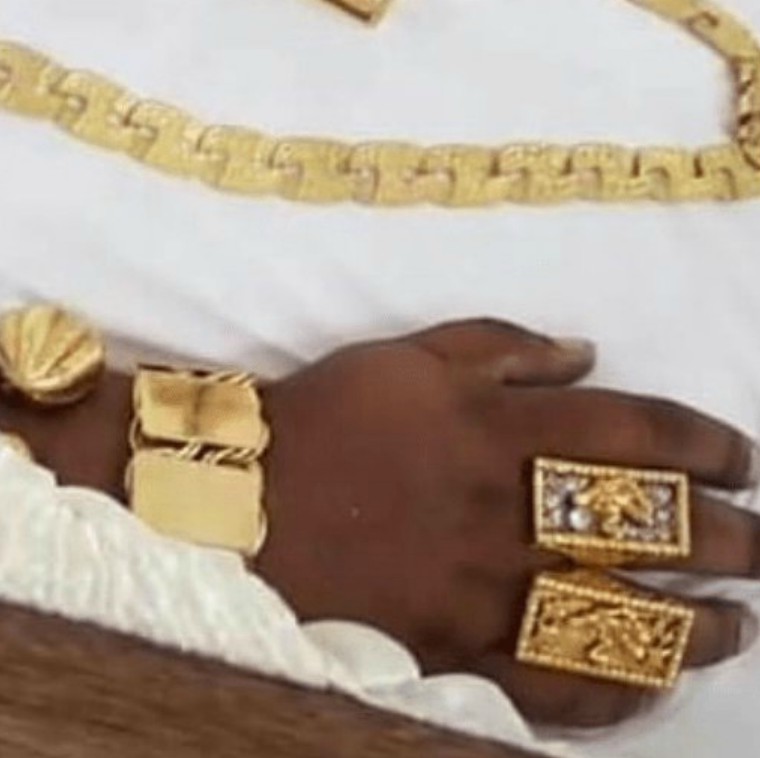 Since then he had been taking precautions to protect his family that were reported to include buying off police officers to keep his enemies at bay and employing several members of the rival Muslim gang as his personal bodyguards.

Despite that, he still lived a very public and ostentatious lifestyle and could often be seen walking through the streets decked out in loads of gold jewellery. 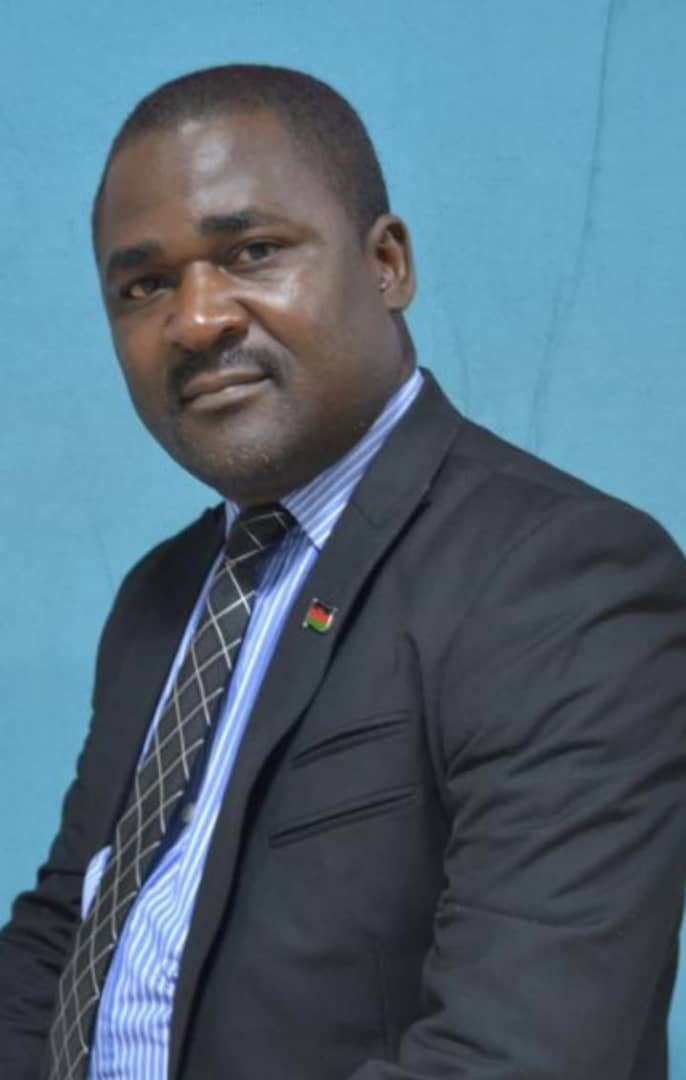