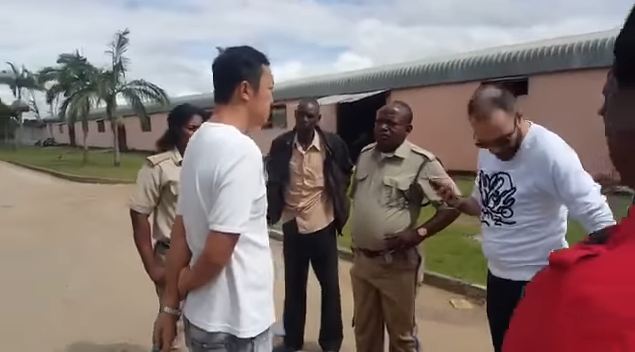 Recently, a group of Chinese nationals were busted in neighbouring Zambia manufacturing counterfeit mineral water which they were refilling in bottles bearing other companies’ brands, one of them being Aquasavana.

They were busted during a private investigation in which Zambian police and Aquasavana Chief Executive Officer ( CEO )Dr. Mohamed Sahili undertook.

In the video footage making rounds on social media, the Culprits can be seen attempting to stop the investigators from filming their premises where water was being pumped from a nearby pit and filled into various water bottles through a running tap.

Thousands of water bottles bearing several brands were found at the warehouse with a group of Zambian employees working round the clock to fill the bottles and load them onto trucks for distribution to different clients around Lusaka.

This illegal activity was happening in a warehouse in Makeni area, Lusaka.

Meanwhile, reports say the culprits have been arrested and police have launched a further investigation into the matter