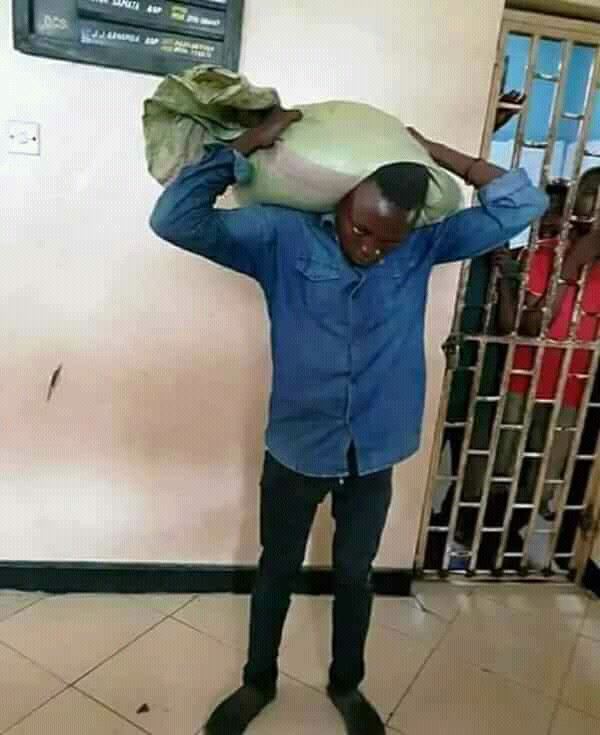 This is a shocking moment in which a thief was forced to surrender himself to police after the 50 kg bag of maize that he had stolen refused to come down from his head.

The incident has happened recently in Tanzania and online reports say the alleged thief is Frank Buhet who stole the sack from a Tanzanian woman who is believed to have used black magic on him.

The man is said to have realized that something strange had happened to his life when he started walking from one road to another but the load was still hanging on the head.

On sensing danger,  he laid himself down on the ground but the load was still unable to slip off his head. 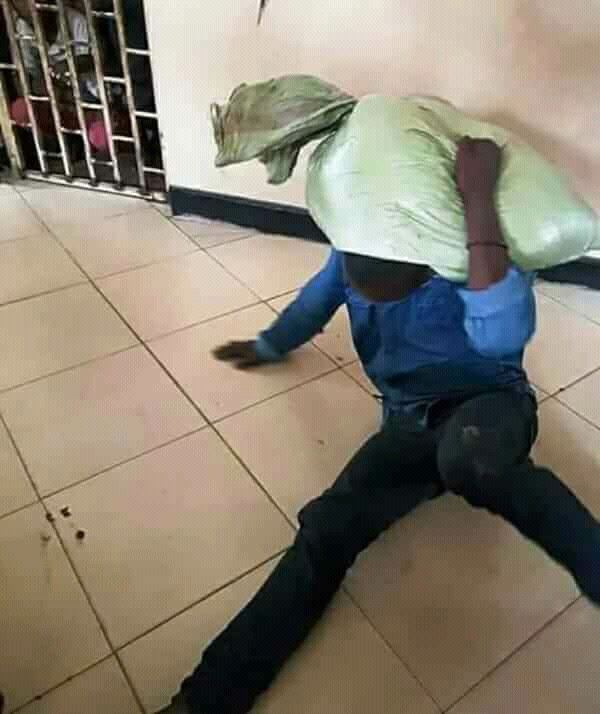 After weakening and almost feeling like bursting, Buhet asked his wife to call police before mob could land on him and finish him, reports claim.

At the police station, the stolen luggage remained stuck on his head until the owner of the stolen property showed up…!