Minister of Local Government and Rural Development Kondwani Nankhumwa has declared interest to contest as Vice President for the ruling Democratic Progressive Party (DPP) in the South, faceofmalawi can reveal.

Nankhumwa who is also Member of Parliament for Mulanje Central Constituency made the announcement through his official facebook page.

“After alot of deep soul searching, I’ m finally pleased to announce that I will run for the position of Vice President South. Servant Leadership is key to DPP success in the forthcoming General Elections,” wrote Nankhumwa.

The development means Nakhumwa will face former Minister of Agriculture, Irrigation and Water Development Dr. George Chaponda who is current is the incumbent vice President for the South.

Chaponda recently made headlines when he proposed to President Professor Arthur Peter Mutharika that he together with two other vice presidents of the party should go unopposed at convention scheduled for July 1.

The development attracted mixed reactions with many people accusing him of being afraid of the convention.

Meanwhile the party will hold its much awaited convention from July 1 to 3 July 2018 at Comesa Hall in the commercial capital Blantyre. 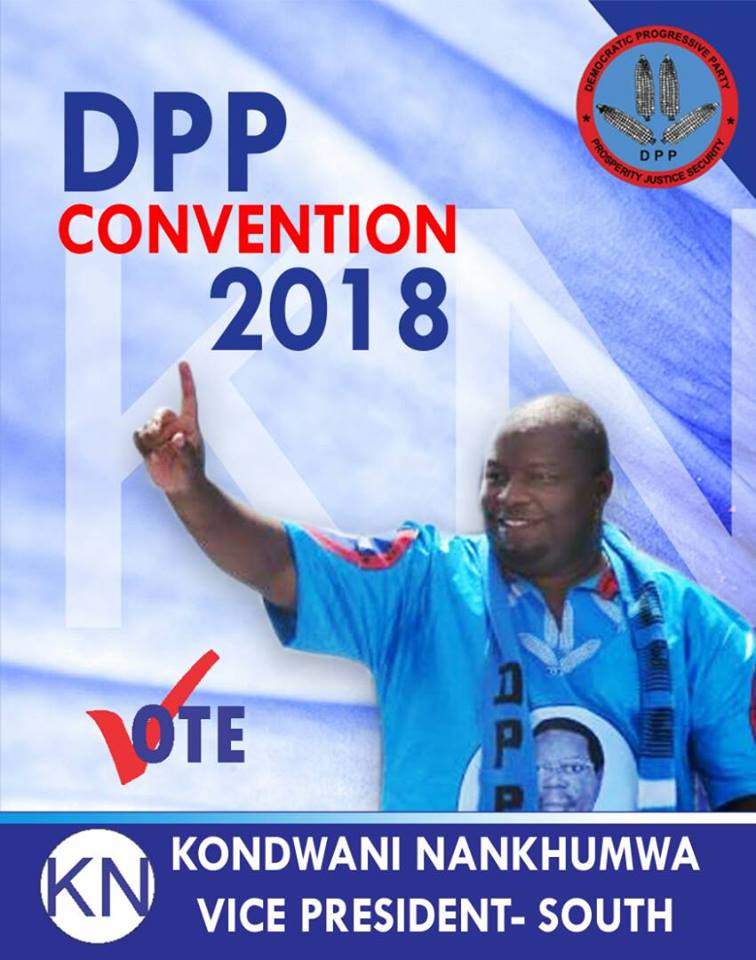