A Kenyan man and his girlfriend have appeared in court today over the brutal murder of his wife who was found dumped in a dam two weeks ago.

According to NairobiNews,Â Joseph Kori Karue and his lover Judy Wambui MungaiÂ colluded in the brutal murder ofÂ Mary Kamangara.

At the Kiambu Law Courts on Wednesday morning, the businessman wept in the full glare of the media cameras as his mistress stood by his side unmoved.

He kept mopping his face with a handkerchief as his lawyer Cliff Ombeta did battle for him in court.

Kori, his mistress andÂ car-hire businessman Michael Githae Mathenge, who is also believed to have played a role in the murder were arrested two weeks ago.

The case will be back in court soon as it has been adjourned.

They risk death penalty once found guilty, according to Kenyan laws.

Below is a short video taken from the court 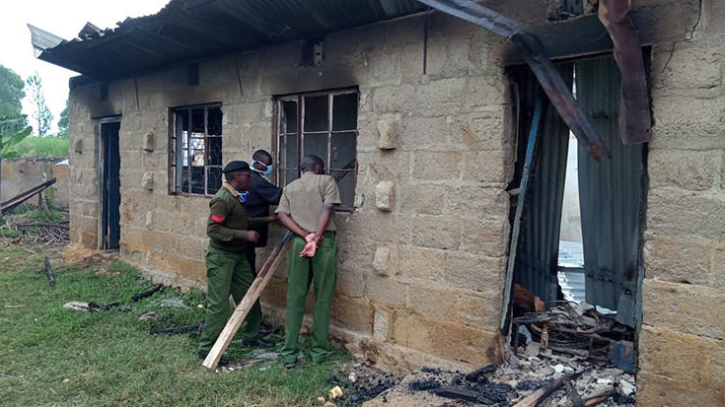 Villagers kill man and his two sons, burn down their house and livestock

Husband Kills Daughter During a Fight with Wife in Ndirande