Malawi Electoral Commission (MEC) has come out of the cocoon to disown a statement circulating on the social media indicating the number of approved Members of Parliament (MPs) and Councillors ahead of the forthcoming polls.

Earlier this week, the social media was awash with a statement purportedly from MEC indicating that the electoral body has approved 193 shadow MPs from the ruling Democratic Progressive party (DPP), 189 for UTM, 160 for Malawi Congress Party (MCP), 48 for the People’s Party (PP), 27 for the United Democratic Front (UDF).

The statement also indicated that Alliance for Democracy AFORD will field only 7 MPs and PPM one candidate.

But MEC through its Chief Elections Officer Sam Alfandika has described the statement as fake.

“Stakeholders are advised to disregard it. The Commission is currently meeting to finalise the names of approved candidates for Parliamentary Elections and will announce the final list on Friday, February 22, 2019,” Reads in part the statement.

See the statement below; 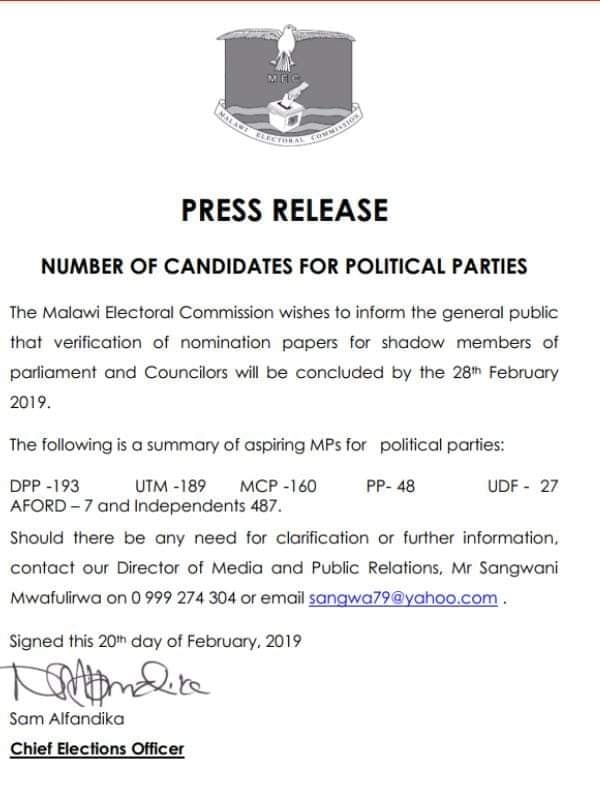