After Alph Lukau who was in the news over a fake resurrection of a supposed dead man, another African pastor in Botswana has gained a spotlight after he killed a dog and ate it uncooked during church service on Sunday, March 17th. 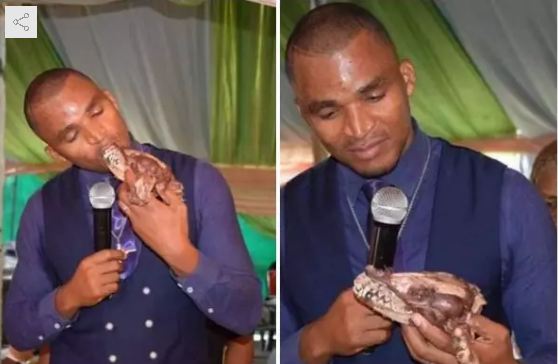 The pastor is identified as apostle Kenneth popularly called Kenny of the Divine Fruit Church of Christ in who has since gone viral on the internet.

According to the church official¬ÝFacebook¬Ýpage, Apostle Kenneth killed a dog and ate it raw in the church after claiming it has been blessed. 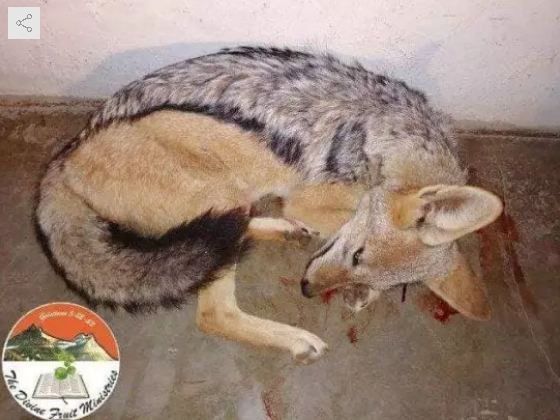 What was surprising was that his other church members joined him in eating the raw meat.

The pictures of the pastor were shared by his Church‚Äôs Facebook official page. 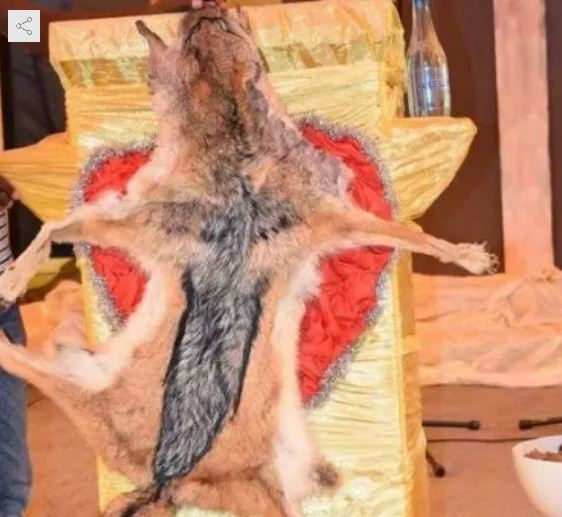 The caption read, “Eat of me, whoever eats of me will never die. No one will force you to partake but that which I give is of my Spirit to confirm my word. When you eat of me it will be unto perfection.

“Nothing can be given unto you unless it is given by the Father. If I eat you have already eaten because you believe in me.

“We eat everything, if it is blessed it is approved.” 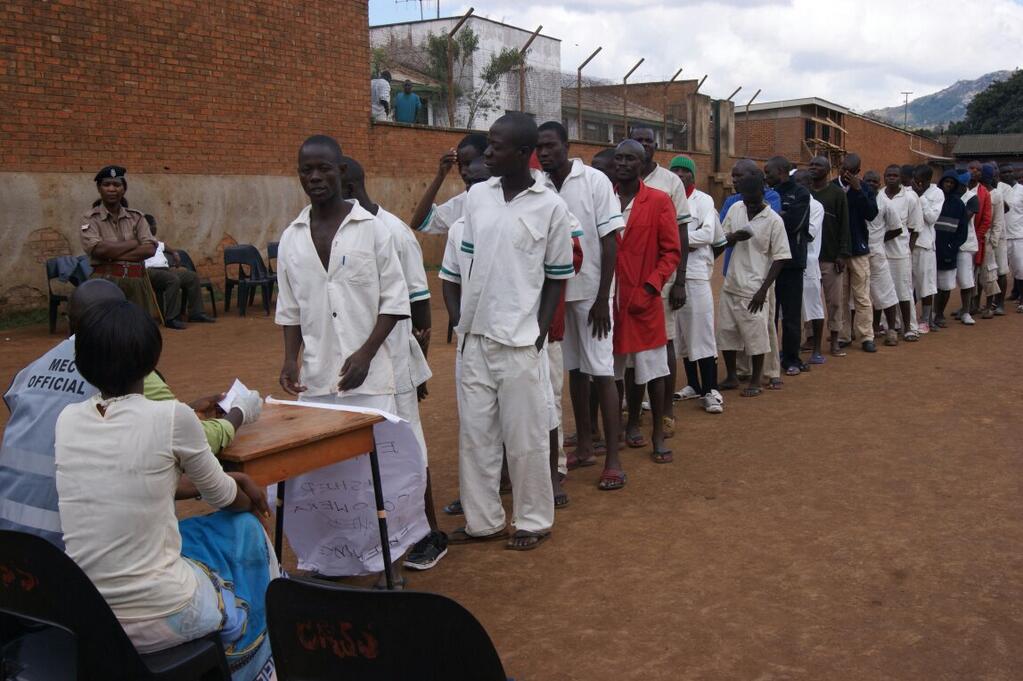