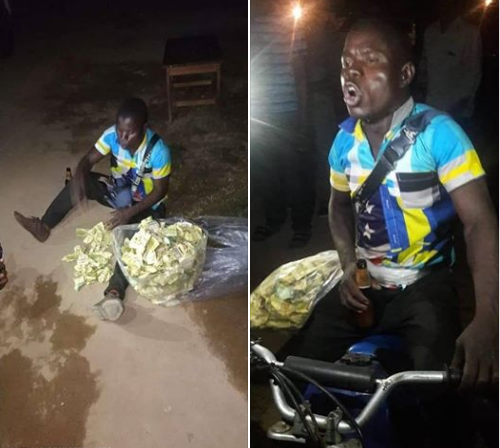 One of the country’s musicians, Joe Gwaladi seems to be enjoying the fruits of his talent as proved in the latest pictures circulating online in which he is seen captured carrying a bag full of 2000 kwacha notes.

Last night, the musician was spotted carrying the said bag containing the money at one of the local pubs.

In the said pictures, the musician can also be seen holding a bottle of Carlsberg special.

It is believed that he received the money from the ruling Democratic Progressive Party (DPP) in order for him to be performing his music at the party’s rallies during this campaign period.

Below are the pictures