Malawi Gaming and Lotteries Board on Thursday donated iron sheets and plastic papers, all worth MK20 million towards the floods victims in Nsanje and Chikwawa districts.

Chairman for the board Billy Banda said the donation was made towards the resettlement process and building of resilience among the flood victims in the two districts.

ŌĆ£Even though it is a small donation, we feel it will go along the way to meets some needs of those affected by the floods,ŌĆØ said Banda.

Minister of homeland security Nicholas Dausi thanked the board for the donation and called upon the other well-wishers mostly the politicians to join hands in bailing out the affected people.

ŌĆ£This is a national disaster and it must not be selective. Politicians should not politicize this but be forthcoming in helping those affected. It is a collective responsibility,ŌĆØ said Dausi

Dausi observed that many flood victims were ready to resettle elsewhere but support for the process was enough.

According to the principle secretary for the department of disaster management {DODMA} Wilson Mollen, a total of 15 districts and two cities where affected by the rain which started in March this year. Mollen said the floods claimed the lives of 60 people and a total of 868,000 families were also affected.

The donated items included 150 rolls of plastic sheets, 2000 pieces of iron sheets and over 3000 ridges. 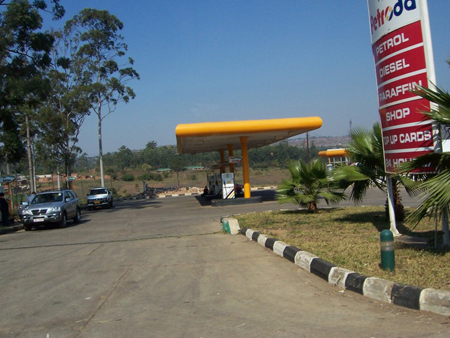 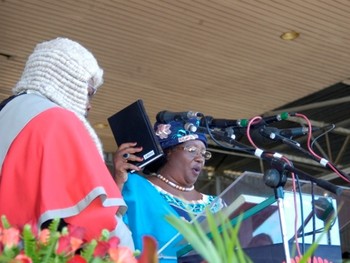