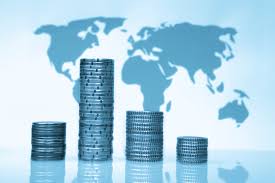 With newly-elected Members of Parliament set to be sworn-in on from Monday June 17-Tuesday June 18 ahead of what is traditional a budget meeting of Parliament, economists have urged government to reprioritise its expenditure and redirect is finances towards development other than expenditure in the 2019/2020 budget.

Economics Association of Malawi (Ecama) in its finalised input towards the budget, says doing so would result in improvements in the economy as government would collect more taxes from the business that are thriving.

Malawi’s manufacturing sectors has been said to be shrinking due to among other things high interest rates which have been declining lately, macroeconomic instabilities and high costs of production.

Government has  also been borrowing heavily from the domestic and foreign market as donors who were partly financing the budget pulled out their assistance.

“[Thus] ensuring macro-economic stability is entrenched in the next budget, will entail that government formulates a budget that will minimise its deficit and operate within its means,” says Ecama.

In its defence, treasury recently told The Nation that its 2018/2019 third quarter budget deficit for instance, due to reduced domestic revenue collection was a result of the impact of weather-related shocks experienced in the country which affected the economic environment.

Ecama also submits that the new budget should be in line with national development priorities such as MGDS and other regional agendas.

“There should be clear monitoring while implementing the budget and see which priorities have maximum multiplier effects and focus on those one so they drive other priority areas.

At a sectoral level government should continue to focus on agriculture, particularly commercialised farming and irrigation while improving the value chain and identification of market,” adds Thula.

Treasury which is operating without a Finance Minister as President Mutharika is yet to name a cabinet has said government will operate on a provisional budget as the new MPs are yet to be familiarised with budget operations. Discussions on the main 2019/2020 budget have since been rescheduled to September.