Malawi is the third most peaceful country in Africa and number 40 in the world according to the Global Peace Index 2019 (GPI), published by the Institute for Economics and Peace on Wednesday.

The country rose four places compared to last yearŌĆÖs Index where it was placed 36th in the world and 7th in Africa.

Mauritius leads the list in Africa followed by Botswana, then Malawi at position three.

Australian think tank, Institute for Economics and Peace ranks countries according to their level of peacefulness based on three thematic domains — the level of societal safety and security, the extent of ongoing domestic and international conflict and the degree of militarisation.

Iceland remains the most peaceful country in the world, a position it has held since 2008. It is joined at the top of the Global Peace Index (GPI) by New Zealand, Austria, Portugal, and Denmark.

Last week, President Prof. Arthur Peter Mutharika called on all Malawians to remain united and peaceful like they have been ever since.

The report has vindicated his words that Malawi is and remains a very peaceful country.

The results this year show that the average level of global peacefulness improved very slightly in the 2019 GPI. This is the first time the index has improved in five years.

Four of the nine regions in the world became more peaceful over the past year. The greatest increase in peacefulness occurred in the Russia and Eurasia region, followed by the Middle East and North Africa. In both of these regions, the number of deaths from conflict declined, owing to the de-escalation of violence in Ukraine and Syria respectively. The fall in conflict deaths has been mirrored by a fall in deaths from terrorism.

ŌĆ£Despite this improvement, the world remains considerably less peaceful now than a decade ago, with the average level of peacefulness deteriorating by 3.78 per cent since 2008,ŌĆØ the report concluded.

Produced by the Institute for Economics and Peace (IEP), the GPI is the worldŌĆÖs leading measure of global peacefulness.

The GPI covers 99.7% of the worldŌĆÖs population, using 23 qualitative and quantitative indicators from highly respected sources, and measures the state of peace using three thematic domains: the level of Societal Safety and Security; the extent of Ongoing Domestic and International Conflict; and the degree of Militarisation. 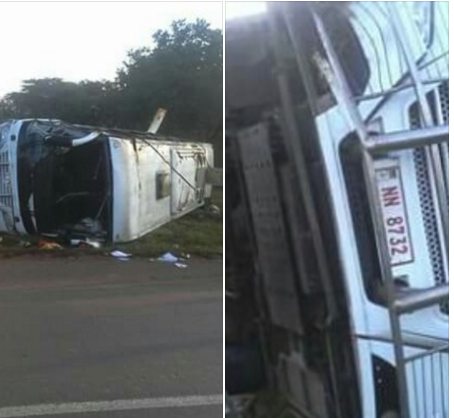 WHAT HAPPENED TO THE FASTEST GROWING ECONOMY? ŌĆō UDF